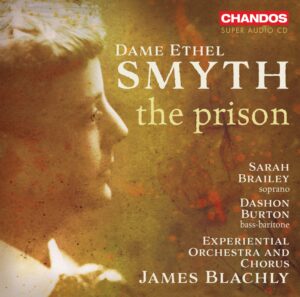 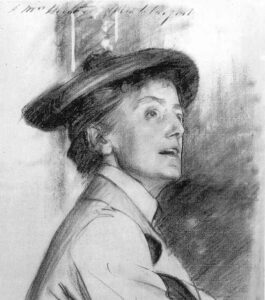 Congratulations continue to pour in for Ethel Smyth’s first-ever Grammy, thanks to the recording by James Blachly and The Experiential Orchestra! This crowdfunded CD, which WPA was proud to help support, has been praised since its release, and this award further reinforces not only this work, but the value of performances of works by women in general.  Bob Shingleton interviewed Blachly at On An Overgrown Path where he discussed his own discovery of Smyth and her works.

Composer Dalit Warshaw discusses  (at New Music Box) her experience of a long occurrence of Covid 19,  She shares the impacts not only on her body, but on her art, her creativity, her work in academia, and how music was, ultimately, her salvation.

James Levine – acclaimed conductor and accused sexual predator – has died.  Music critic David Patrick Stearns discusses whether it is possible to mourn his artistic achievements in light of the horrific accusations, and open secrets, surrounding is predatory behaviors.

In response to the Covid restrictions, Opera Philadelphia has explored new ways to create – namely, a filmed Lip-Synch Opera featuring drag superstar Sasha Velour.  The Island W Made is a work about mothers written by composer Angélica Negrón.  Opera Philadelphia’s press release is here.  This is just one of a series of Digital Productions – others include the works of Tyshawn Sorey and Courtney Bryan. Read more at NPR, or listen in to the story below:

In disheartening news, the Afghanistan Ministry of Education has placed a nationwide ban on schoolgirls singing in public, unless the audience is entirely women.  Read more at The Guardian.

And composer Hannah Peel is interviewed by The Guardian’s Jude Rogers about her works – which have been praised by Paul McCartney, and featured in Game of Thrones.

Be sure to let us know what you are listening to!  info@wophil.org