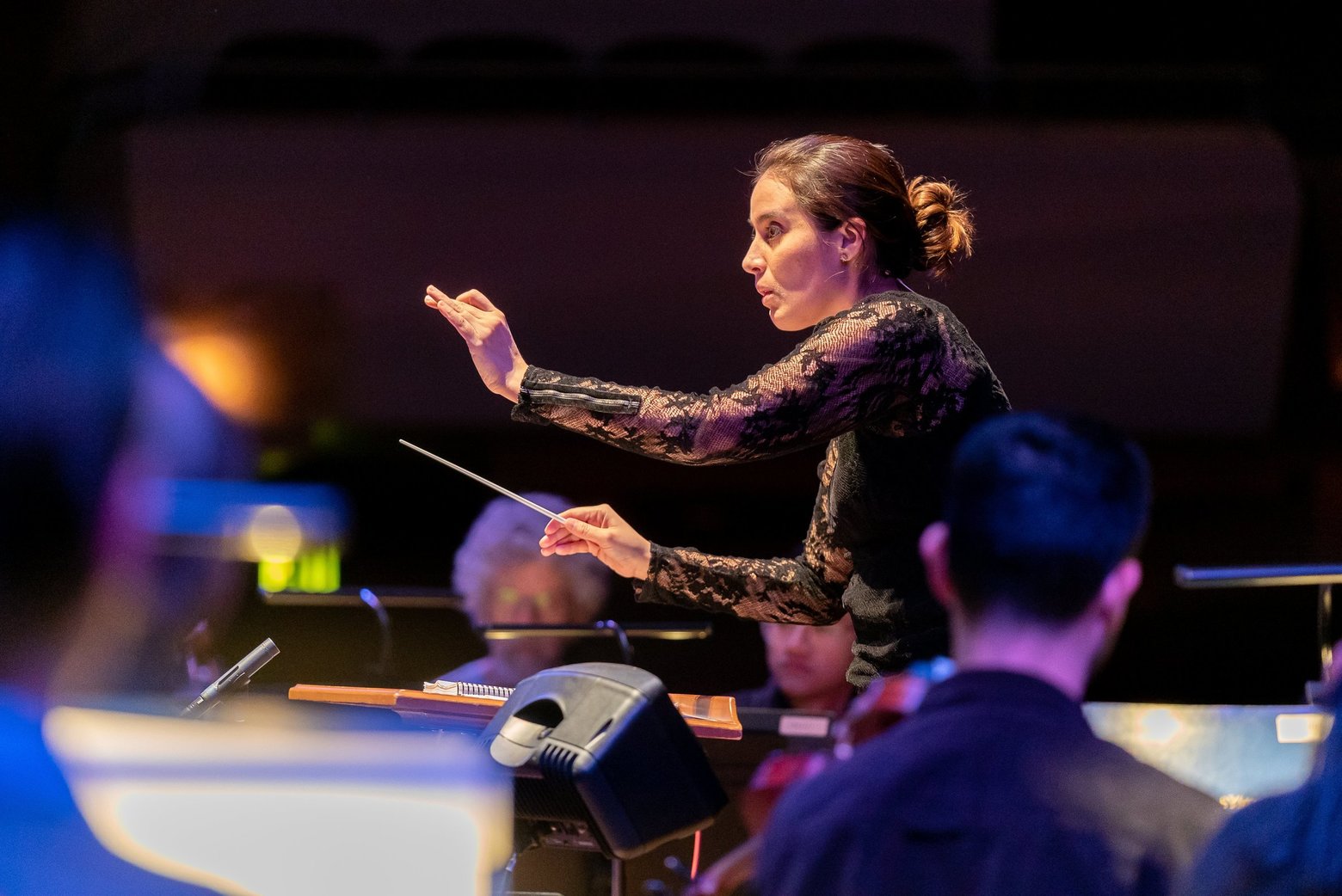 The Seattle Times introduces readers to Lina Gonzalez-Granados (pictured above) – one of the first Latin American women to hold a conducting position with the Seattle Symphony. BTW, Gonzalez-Granados’  Boston-based Unitas Ensemble received a WPA Performance Grant in 2018 for a concert that included the north American premiere of Teresa Carreño’s Serenade for Strings!

Also in Seattle, the Seattle Opera has appointed musicologist Naomi André as opera scholar in residence, with the mandate to help make the art form more diverse and relevant. The Seattle Times reports here. André observed “I feel that everybody can find something to relate to in opera. This is not a genre that should go away.”  Her most recent book is  “Black Opera: History, Power, Engagement.”

Speaking of opera, and women conductors, the famed Bayerische Staatsoper presents a video of their recent Judith:
Konzert Für Orchester / Herzog Blaubarts Burg — a new dramatization of Bluebeards Castle (that includes Bartok’s music for Concerto for Orchestra as part of the expanded story.)  The video is available on the website until March 10.  The conductor is the Ukrainian Oksana Lyniv. Check out #BSOjudith for some enthusiastic responses!

We are mourning the passing of musicologist and pioneer for the research of women’s work in music, Karin Pendle.  Read more about Pendle, and other remembrances that have appeared about her passing, here.

Listen in to The Daffodil Perspective for their weekly radio show of inclusive programming – and celebrating the 50th episode!

Over at NewMusicBox, Joseph Sowa writes the first installment of a series In Praise of Unremarkable Music – the works that are important regardless if they are recognized by the institutions that command the canon.

At Cal State Fullerton, the19th Annual New Music Festival takes place February 26-March 1, 2020.  With the theme “The Composer-Improviser in the 21st Century” it includes music by Meredith Monk, Pauline Oliveros, Pamela Madsen, and many others!

Be sure to tell us what we missed! info@wophil.org