Camille Saint-Saëns may enjoy a revered status amongst French classical composers, partly due to his various popular works and for his work in founding the Société Nationale de Musique (SNM). But are you familiar with the numerous important women that worked in his circle?  Saint-Saëns sustained close friendships with several important female composers in the 19th century. These women constituted a vital part of the Parisian scene, influencing French music as we know it and playing a significant role in the Société Nationale de Musique. Today we’ll take a look at three of these great composers! 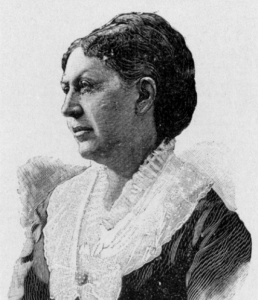 Clémence de Grandval initially studied with Frédéric Chopin and Saint-Saëns, Saint-Saëns becoming a close friend and dedicating several pieces to de Grandval, including his Oratorio de Noel, Op 12.  Clémence de Grandval returned the favour by dedicating her song L’Absence to him. Orchestral music, chamber music and songs comprise most of her music and earlier work includes a Symphony in C Minor, premiered by Hector Berlioz on February 25, 1851, but now unfortunately lost. De Grandval also wrote several choral and operatic works including the oratorio La Fille de Jaïre, which won the prestigious Prix Rossini in 1881, and the comic opera Mazeppa in 1892. Unusually, de Grandval’s oeuvre contains many works for the oboe. This includes a gorgeous Oboe Concerto, so popular and highly regarded in its day that Paris Conservatoire chose it for their exam piece in 1900 and 1908.  De Grandval also appeared to be good friends with singer and composer Pauline Viardot, who performed her music often and dedicated a voice and piano piece “12 Mazurkas of Frédéric Chopin” to her. 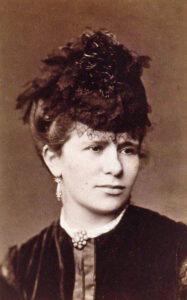 A spectacular pianist, composer and pedagogue, considered the Clara Schumann of France in her day, Jaëll concertized all round Europe from a young age before entering the Paris Conservatoire.  Her virtuosic talent at the piano is clearly evidenced in her stunning piano compositions. Jaëll’s music represents the epitome of French romanticism, full of passion, rife with rippling countermelodies and lyricism. Whilst most of her compositions center around the piano, Marie Jaëll also wrote a dreamy Cello Concerto that premiered in May 1882. Lifelong friends with Saint-Saëns, the two even exchanged piano concertos, which is pretty cool! Saint-Saëns dedicated his first piano concerto to her in 1875 then Jaëll reciprocated two years later. Another friend of Jaëll’s seems to have been Cecile Chaminade (our July composer of the month) who dedicated one of her six Études de Concert to her. Later in life Marie Jaëll published a ground-breaking pedagogical piano method regarding the physiology of playing and discussing the scientific method. 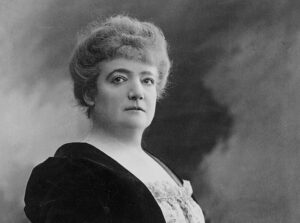 After Louise Farrenc, Augusta Holmès was the next great French orchestral composer, writing three epic symphonic poems in the 1880’s, all absolute classics of the genre. The first, Irlande, written in 1882, showcases a magnificent patriotic salute to Holmès’s Irish parentage. The second, Pologne (Poland), is similar in tone, whilst the third, Andromeda, takes its inspiration from Greek mythology. Largely autodidactic, Holmès studied music later in life with Cesar Franck, befriending his former student Camille Saint-Saëns in the process, beginning a long friendship. Augusta Holmès thought on a large scale, writing twelve symphonic works and four operas during her career, managing to stage her final opera La Montagne Noire at the Paris Opera in 1895. Grandeur and power fill up Augusta Holmès’ music and lush parts for wind abound. Holmès displayed much more intense, Wagnerian tendencies in her music, compared to the more delicate sensibilities of the French school at the time. Known as a firm patriot, the French government commissioned Holmès’ cantata Ode Triumphale for the Paris exhibition in 1889 (the centenary of the French Revolution), a mighty work for 1200 musicians.

Camille Saint-Saëns founded the Société Nationale de Musique in 1871, along with male composers Gabriel Fauré, Jules Massenet and others.  However, they consistently involved women – de Grandval, Jaëll and Holmès included. All three women enjoyed a close connection with the Society, which proved to be an important vehicle for their music. SNM premiered 59 of Clémence de Grandval’s pieces between 1871 and 1894, including her Andante for clarinet trio, a violin solo and a Melodie in May 1879, performed by Pauline Viardot. Marie Jaëll received various premieres as well, Teresa Milanollo (the virtuoso violinist and fantastic composer), performed Jaëll’s Fantaisie for violin and piano on May 7, 1881, before the SNM admitted Jaëll as a full member in 1887. Augusta Holmès saw her choral psalm In Exitu premiered in 1872.

As we have emphasized, these incredible women were not anomalies, although they often are omitted from histories of the time — as one example, as of this writing (Sept 15, 2022) the Wikipedia article on the Société Nationale de Musique does not mention a single woman! De Grandval, Jaëll and Holmès formed part of a vital music scene, along with the currently well-known male composers and numerous other women. We hope this article encourages closer investigation of these brilliant composers, taking them from the sidelines and re-framing them at the center of the story where they belong!