We went back to the numbers – and looked back over the past three seasons – to see how the most prestigious ensembles in the United States are shaping their programming in terms of inclusion and diversity.  There has been significant pressure in recent years, between the #MeToo movement and the 2020 Centennial of Women’s Suffrage, for ensembles to jump on the proverbial bandwagon and get with the program and wake up and smell the coffee!  But we have yet to see if the social pressure that some of these ensembles have experienced, and reacted to, will mean lasting changes.

So here is a look of who is scheduled to play what during the 2020-2021 season, and how their inclusion of works by women has changed over time.  We looked at overall percentages of works which, quite frankly, is a difficult comparison.  It suggests that every work is equal, when there is in fact a tremendous difference in the space taken up by a performance of Beethoven’s Symphony No. 9 versus the six minutes it takes to perform Lili Boulanger’s D’un matin de printemps.  Turns out there is manspreading in music, too.  The fact is that most of the works by women that are programmed are done so as “fillers” to the more dramatic (i.e.: longer and thereby more “significant”) works on the program.  An analysis of exactly how much time women’s works are given in any given concert season is a project for another time.

Which also brings me to the steady decline in total number of works being performed each year.  While I have no answer for this, I am sure that there is no single factor involved.  Shorter seasons due perhaps to budget shortfalls (or additional family programming, or touring, etc.) or the performance of fewer large works instead of several smaller ones are all, no doubt in play.  But one downside to that is the change in statistics.  For example, while it looks as though San Diego is slowly but steadily increasing the number of works by women they include, they have only included two works by women in each of the last three seasons.  The rise in representation (percentage-wise) is only due to the overall number of pieces declining.

Again, this is not a perfect system.  But we need to have evidence – data – so that when we raise our voices about the lack of representation we have indisputable truth to accompany it.  And while the figures are, in general, rising – consider the rate.  Philadelphia made significant strides in the 2019-2020 season – due directly to public outcry – and have already slipped backwards.  In the same way, the New York Philharmonic boasted their Project 19 with new commissions celebrating the 100th anniversary of Women’s Suffrage, and they, too, are already performing fewer works in the coming year, even in the midst of their commissioning project!

How does the saying go?  We haven’t come a long way, and don’t call me baby.

Those of us who are feeling cautiously optimistic should still write, call, tweet, and call out your favorite ensembles to be more inclusive.  Now is not the time to back off, but to push onward.  We have already proven that social pressure works.  As in so many areas of our life during this pandemic, nothing is known about the future except that it will look radically different from our past.  Now is the time to encourage positive changes in programming, in performance, and in remaking what the face of classical music looks like, and represents, moving forward.

Here are the works by women have been programmed for the 2020-2021 season: 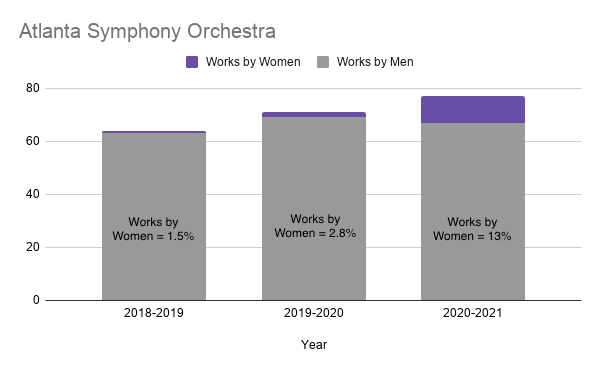 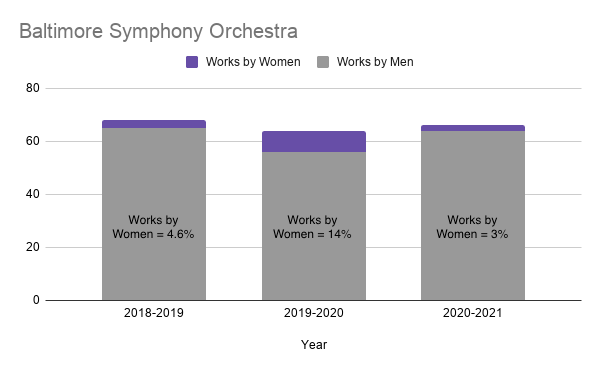 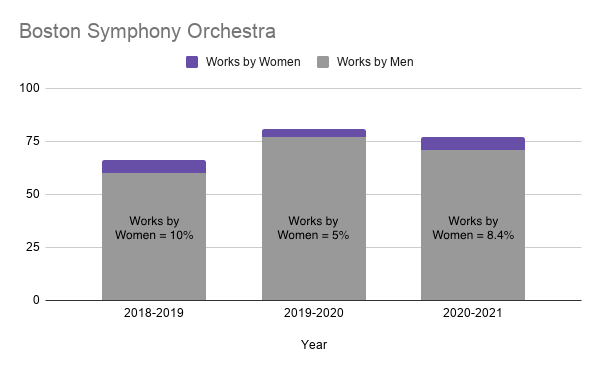 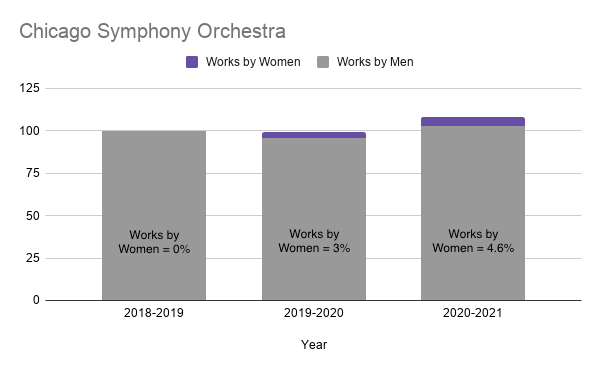 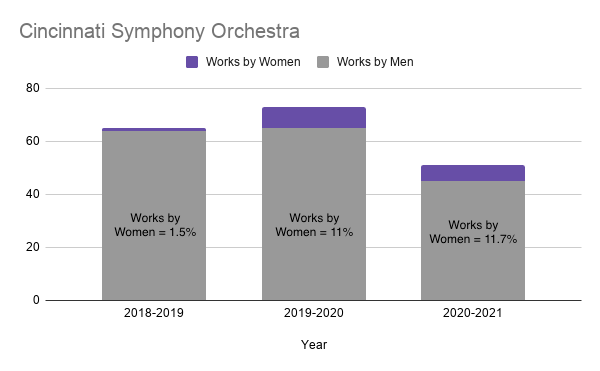 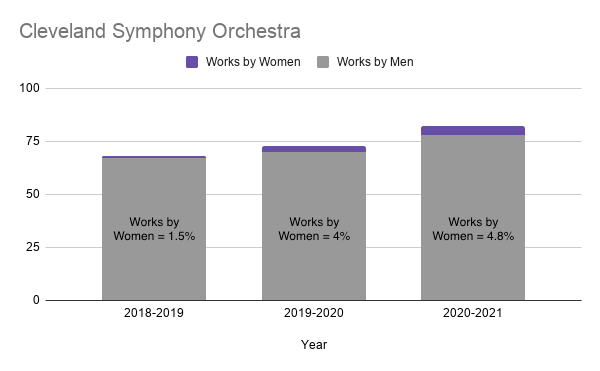 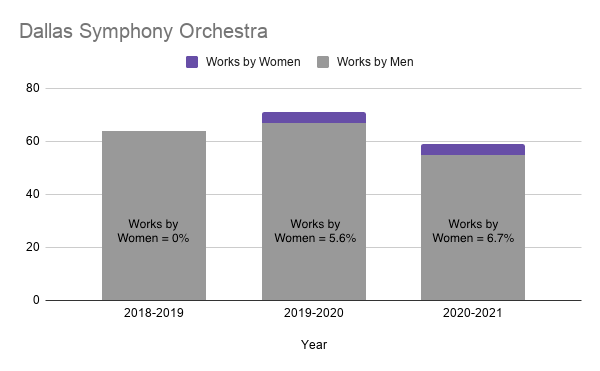 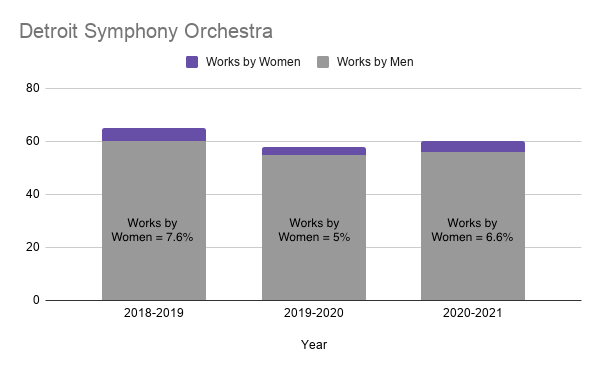 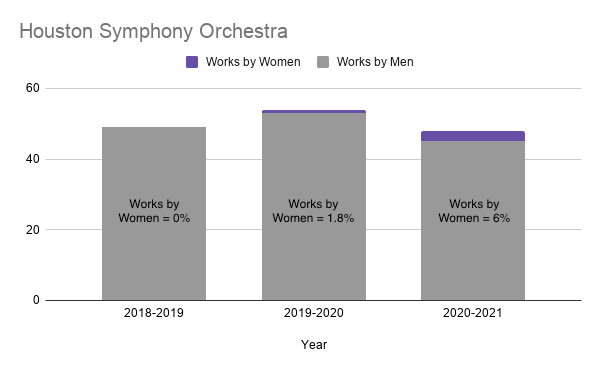 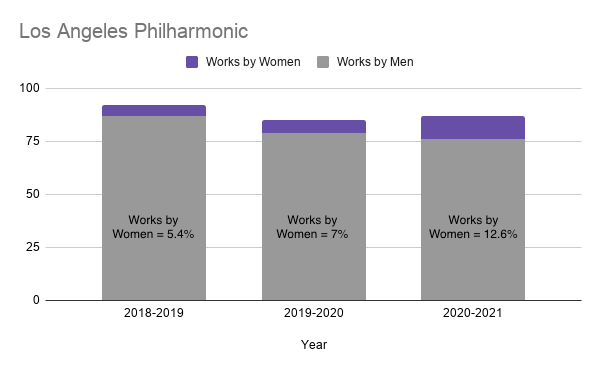 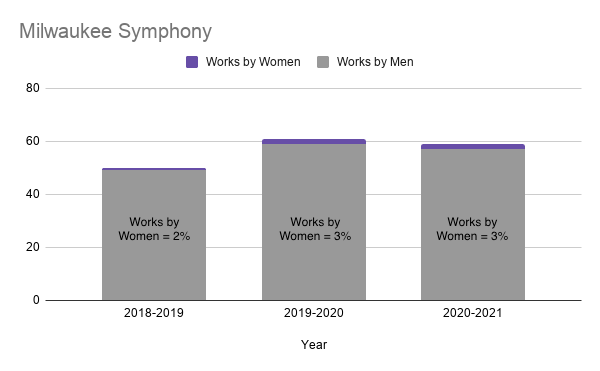 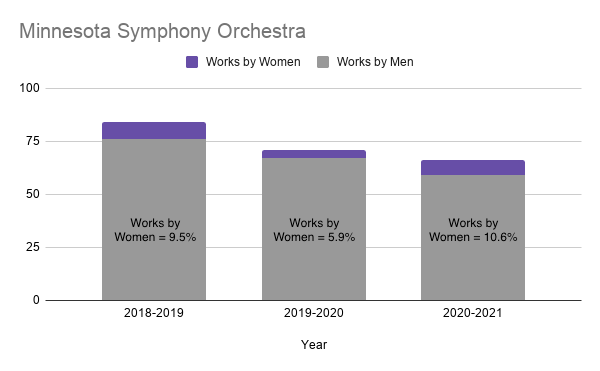 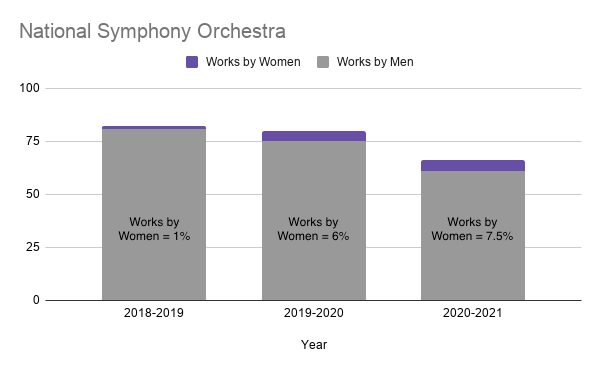 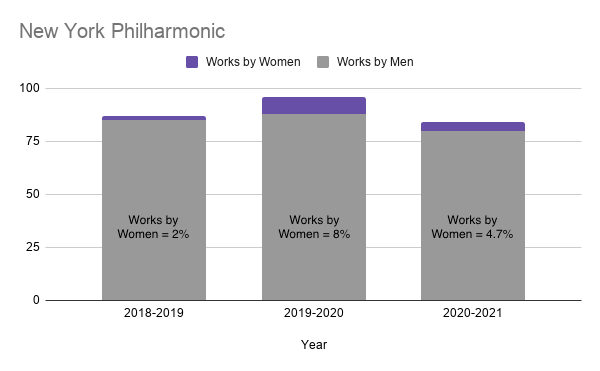 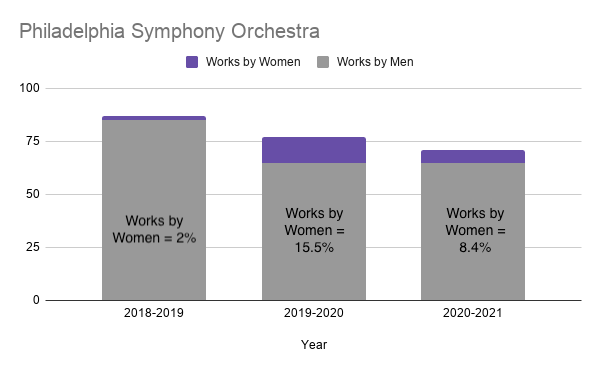 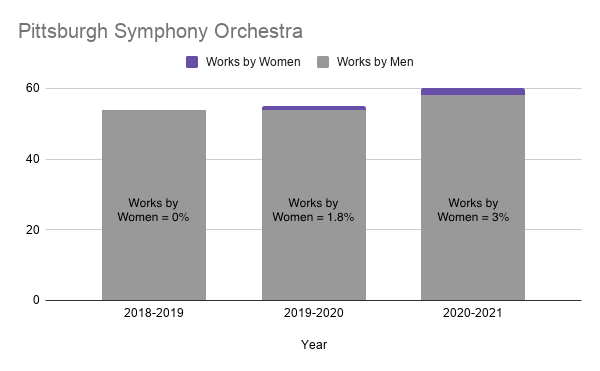 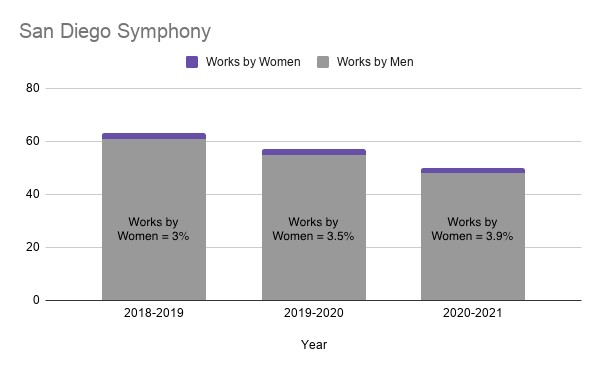 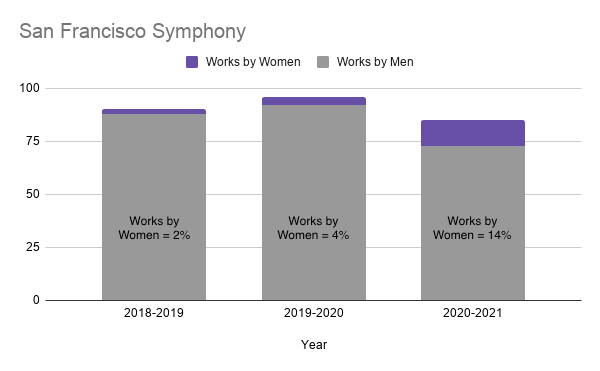 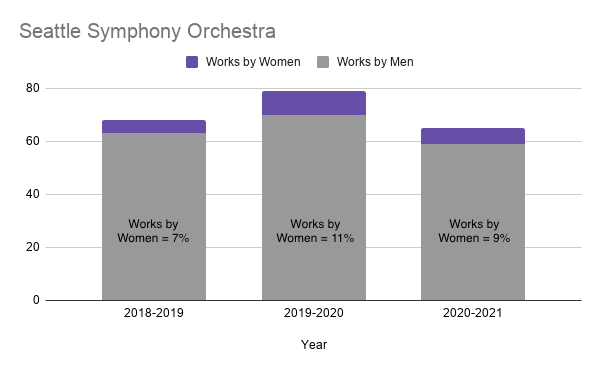 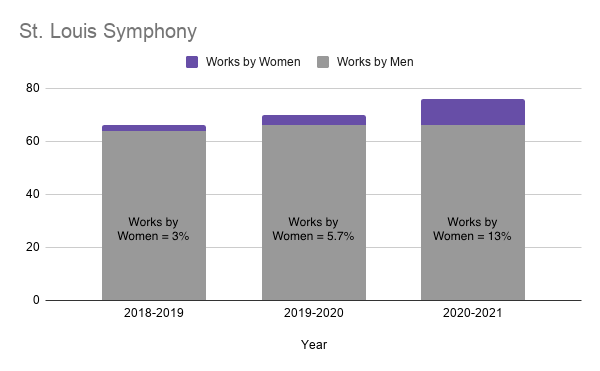 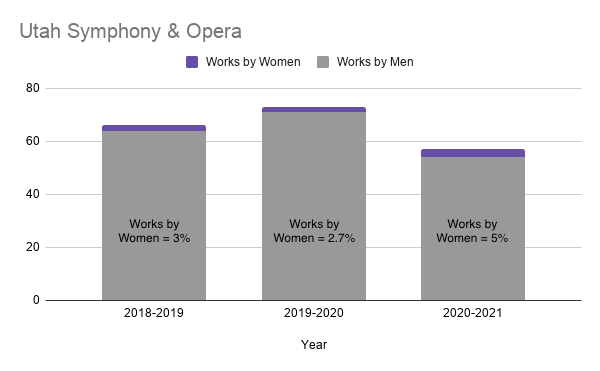