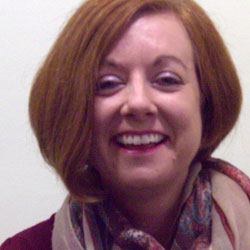 Today’s Featured Guest Blogger is Dr. Laura Seddon.  A musicologist working in the UK and author of British Women Composers and Instrumental Chamber Music in the Early Twentieth Century published by Ashgate, Dr. Seddon is the creative director of Contemporary Connections – a grassroots feminist music- commissioning organisation – started (and remaining) around her kitchen table.  She ponders:

Do institutions use the Day (and week) of ‘celebration’ to justify the lack of works programmed by women the rest of the year?

March 8, 2015.  Sunday morning. International Women’s Day. Radio 3 has programmed a full day of women’s music, the Women of the World Festival (WOW) at London’s Southbank now extends over a week and is expanding globally, there are over 300 events promoted on the International Women’s Day listings site in the UK alone. Competition for attention is fierce. There is a sense of something historic and important taking place. Something fizzing, connecting through social media and the radio airwaves. I feel overwhelmed at the multitude of choice.

March 9. Monday morning. I am receiving feedback from other musicians on which pieces they particularly enjoyed yesterday on Radio 3, the BBC’s classical music radio station in the UK. Since I was not personally involved in the programing, this must be because I research women’s music. I feel as if I am being patted on the back, by people who suddenly realize that there are women composers (and decent ones at that!).  Although I wonder that they are unaware of the increasing bulk of musicological work on women’s music since the 1980s, I do find their excitement tangible and heart-warming. A festival contacts me about possible collaboration; they have decided next year’s theme will be women. I wonder aloud if ‘women’ are not really a theme. An image of glass specimen cases cements itself in my mind – exhibit 1: Ethel Smyth; exhibit 2: Amy Beach; exhibit 3…

Sunday morning. A month later, and I am attempting to assess the impact of International Women’s Day in the context of the lack of women’s music programmed in the UK. This issue occasionally circles and sneaks into the mainstream press (often presented as if it had never been argued before). Of the 366 events listed in the UK for International Women’s Day (2015) many incorporate live music as part of celebratory festivals and multi-media events, however only 12 are solely music events. Of these only 4 seem to focus on ‘classical’ music. While this year’s WOW, the multi-arts, interactive festival of women’s experiences at London’s Southbank does not have a particular focus on women composers, the Cambridge WOW features a concert with clarinettist Emma Johnson, local press also interview her on her experiences as a woman in the music industry. Yet the programming of her concert with the European Union Chamber Orchestra is an all-male line up: Holst, Mozart and Grieg. There are twinkling glimpses of some women’s programming in other International Women’s Day concerts such as the woman composers recital featuring sopranos Eleanor Cramer and Lara Gisbourne but these are exceptional. Indeed, women DJs, punk musicians and singer/songwriters fare much better.

Frustration.  Is International Women’s Day really effective as a vehicle for ‘celebrating’ women composers, much less for spurring critical engagement? There is certainly some innovative programming that day and in the following weeks from Radio 3.  Some musicians, presenters and audiences positively engaged with women’s music. The interviews with five young (under 35) women composers — Charlotte Bray, Anna Cyne, Cheryl Frances-Hoad, Hanah Kendall and Dobrinka Tabakova — provide an insight into the challenges and highlights of being a professional composer generally and indeed being a woman. At the very least they provide an excellent educational resource. Cheered by this I consider press reviews of the programming. A piece in The Independent online by Sara Mohr-Pietsch written ahead of Radio 3’s day of programming presents an interesting but standard debate on the lack of women composers gaining commissions and funding, and highlights that ‘six of the main music publishers have only between three percent and 17 percent women on their books’. The public comments, however, on this piece take my breath away:

This really is a childish argument to put forward. Sara Mohr-Pietsch is attempting to somehow use gender politics to be of more importance in the classical music world than artistic merit. Balderdash! On the one hand I don’t believe that publishers are even remotely interested in the composers gender over musical content and I would seriously hope not (Philhorn1).

The simple fact is that there have been NO women who are indubitably top composers. Ethyl Smythe was good but she was no Brahms nor an Elgar (Corbycom).

I dont think women feel pain the same way as men.
The pain of love the pain of beauty. Having said that though, there are some simply amazing female composers!  (Helen Wheeler).

And while women composers and feminist musicologists have heard these arguments many times before, they are indeed stark reminder that this is what we are up against. A glance at the remaining  concerts in the orchestral 2014/15 season in London shows that the London Philharmonic Orchestra have programmed Paulina Zalubska, a member of the LPO Young Composers Programme but no women’s works in the main Festival Hall programming (and none for 2015/16) and while the London Symphony Orchestra commissioned Sally Beamish to write Equal Voices premiered in November 2014, they have no further women programmed. Jennifer Fowler’s revealing annual round-up of statistics indicates that the 8 of 124 composers at last year’s Proms were women and at the Southbank classical music concerts for 2014/15 the figure stands at 6 of 140. The percentages improve when considering living composers, and perhaps this is part of the responsibility of contemporary women’s music as it has the potential to readdress not only the statistical imbalance but also the emotional reactions of audiences and commentators towards women as composers.

I cannot escape my feeling that International Women’s Day programming (spanning a week in some cases) is being used as an excuse by institutions to justify their lack of women’s music activities throughout the rest of the year. If this makes me –  as someone who is involved in grassroots women’s music – want to disengage, then how does this ‘ghettoization’ of both women’s musical output and work dealing with what are perceived as women’s issues, affect those who are discovering women composers for the first time or even those who are still to be convinced of their worthiness? What does it say about the feminist cause in music, in all its multiplicities, if institutions are easily manipulating it for their own purposes?

I am not arguing that there should be less women’s music as part of International Women’s Day celebrations (I have to acknowledge here that my own commissioning organisation avoids planning events at this time of year for fear of becoming lost in the multitude of audience choices). I suggest instead that the day should act as a springboard to further engagement. This requires innovative collaborations, and modes of presentation and legacy creation, in addition to single transitory live concerts.

Fast forward a year:  let’s ask, will Radio 3 repeat their day of women’s programming?  Bear in mind that in 2014 Radio 1, the BBC’s flagship popular music station, presented a 39 hour female takeover, however, this year provided a full 24 hours of male presenters.

And then I find a jewel. It comes from curator Poulomi Desai, of the Usurp gallery in a suburb of north London, who was commissioned, for International Women’s Day, by Sound and Music and the Google Cultural Institute, to create an online exhibition of women’s work in music and sound A Wo(man)’s Work is Never Done. Women were encouraged to submit work, which was juxtaposed with women’s work which is already is part of The British Music Collection archives at Huddersfield University. This project was instigated by a sound artist/curator rather than a musicologist and thus the contemporary sound-based works are perhaps more engaging than the presentations of historical works. Yet the site is playful, tactile and indeed remains as an evolving platform. Desai explains: “I am exploring what might be considered, ‘feminist’ and ‘radical’ from everyone who considers themselves to be on the margins – artistic, social, cultural, political”.

The curation of the site builds from start of Ethel Smyth’s March of the Women. Does this iconic reference reduce her to a single work?  Possibly, but the rest of the structure is nuanced and thoughtful.  As a viewer/listener progressing through the multimedia presentations, you become aware of inter-generational groupings – radio work by Anna Fritz, Nicola LeFanu, Magz Hall and Rebecca Saunders; a perhaps less connected grouping of Phyllis Tate, Erollyn Wallen, Diana Burrell, Yumi Hara Caukwell and Jo Thomas. The exhibition, then, acts on multiple levels:, a site of musical activism, an educational tool, an instigator of debate on how the works relate to each other through time and genre. Perhaps even an example of Julia Kristeva’s concept of women’s time in action? My own highlight is Desai’s description of finding the graphic score of Dancing on Moonbeams (1980) by Janet Beat, unobtrusively tucked between volumes of scores by male composers in the Huddersfield archives – a powerful reminder of the treasures to be found in archival research!

Another Sunday morning. Full circle. A reminder to myself to keep an eye on what will now transpire in women’s music programming and the need to evaluate as well as celebrate International Women’s Day, from a musical perspective. A general call out to the feminist music community – time to start thinking what might be possible in 2016?