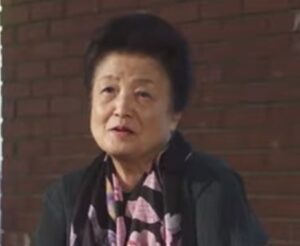 Born June 4, 1931 in Wonju, Young-ja Lee initially studied piano before enrolling at the Ewha Women’s University, writing her first work, the Sonata for Violin and Piano, there in 1955. Despite numerous interruptions caused by the Korean War, Young-ja Lee graduated in 1956 with a master’s degree in composition. She subsequently studied abroad, at the Royal Conservatory in Brussels, the Manhattan School of Music, and the Paris Conservatoire, under the tutelage of Olivier Messaien. Returning to Korea, she began a long career in education at the Ewha Women’s University, first as a lecturer, then professor. Many of the more-than-200 female composers in Korea were taught by her, Hye-Ja Lee and Sa-eun Hong among them.

Lee has enjoyed a long compositional career—over 65 years to date—with a vast body of work including music for orchestra, solo piano, songs and chamber works. Her oeuvre also includes a harp concerto and solo harp piece written for her daughter June Han, a harpist and lecturer at the Juilliard School of Music. Consistent recognition has followed Lee, with commissions for several national events, including her Celebration Overture in 1975, written for Korea’s Thirtieth Liberation Day and her Fiftieth Liberation Day Hymn in 1995. In the 1970s, the newly established Seoul Music Festival showcased Lee’s work for five years running, starting with her Violin Sonata in 1969 and culminating with her first Piano Concerto in 1974. More recently the Korean Music Awards honored Lee with the prestigious Grand Prize in 2010. 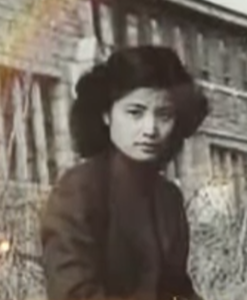 Known for mixing Western classical with traditional Korean music, Young-ja Lee proclaims “you have to pour out your soul and put your philosophy into your work,” an ideal that is powerfully evident in her music. Her 2016 piece Mort et Transfiguration (Death and Transfiguration) for gayageum (a Korean plucked zither) and eleven other instruments, evokes pain and hatred transforming into beauty as one ascends to heaven. Ensemble SORI premiered the piece on September 24, 2016 at Seoul Art Center. Lee’s second piano concerto, entitled Casting the Anchor, commissioned and premiered in 2004 by the Seoul Metropolitan Traditional Music Orchestra, chronicles the voyage of life, describing the various weathers the composer endured to reach safe port. Her 2003 Piano Trio Le Pèlerinage de l’âme (Pilgrimage of the Soul) was performed at Juilliard School of Music on January 28, 2020, as part of their festival celebrating women composers curated by Odaline de la Martinez.

The only one of Lee’s orchestral works that is accessible for listening in the West, her Piano Concerto No. 3, is a magnum opus. Commissioned by Arts Council Korea for their fifth Contemporary Music Festival in 2013, the Korean Symphony Orchestra premiered the piece on November 13, 2013, with pianist Heo Won-Suk and conductor Chi-Won Chung. Subtitled Ma mère patrie (My Motherland), it encapsulates the composer’s life in musical form, expressing love for her country. Depicting the tragedies and triumphs of the Korean people, Young-ja Lee juxtaposes distinct folk idioms with Western postmodernism as well as echoes of French romanticism.

In 1981 Young-ja Lee co-founded the Korean Society of Women Composers (KSWC) with five other renowned female composers: Kyungsun Suh, Bang-Ja Hurh, Chan-Hae Lee, and Sook-Ja Oh. Lee also served for thirteen years as the first president of the organization. In addition to organizing yearly concerts, KSWC publishes music and records albums, premiering over 700 new pieces since their inception. KSWC celebrated its fortieth anniversary last year, featuring work from their beloved founder at their anniversary concert on November 18, 2021. 2021 also coincided with Lee’s ninetieth birthday, and KSWC and Ensemble SORI collaborated to pay tribute to her incredible 90 years, performing a retrospective concert on November 4, 2021.

Despite Lee’s iconic status in Korea, frustratingly, I can find no sheet music or scores available in the West. The Korean Arts Digital Archive website indicates that much of Lee’s music has been published and recorded in Korea, including a collection of her solo piano music (which must be amazing!). Worldcat indicates some records of orchestral works existing, but none held in member libraries. However, an alternate transliteration of her name as Yŏng-ja Yi, leads to a WorldCat listing showing more works in libraries. The Books.Music.Org website on Korean Women composers also points to several recordings of chamber music existing, however the sole recording I’ve found in the West is her song “Harbor,” recorded on the album Korean Women’s Voices by soprano Kyoung Cho.

List of Works by Young-ja Lee, on Books.Music.Org, a website of material to supplement the book Korean Women Composers and Their Music, by John O. Robison, (College Music Society, 2013).