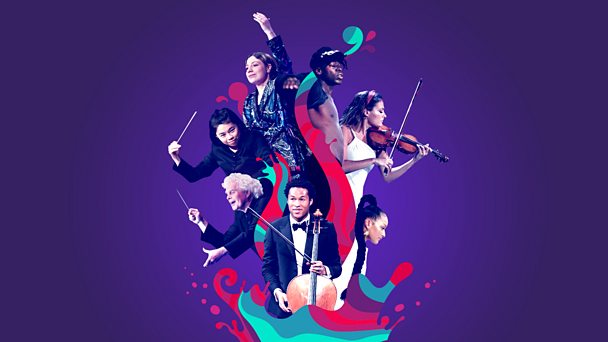 In a year unlike any other for classical music programming, it is simply a relief to know that live music is once again being scheduled, and that audiences are once again meeting in person.  Those of us that crave concert halls and the anticipation of a downbeat will accept just about anything as long as we can hear it in person.

Well.  Just about anything.

The BBC Proms is back for live performance in 2021, though in just a fraction of their former selves.  The six-week season will host just over 50 total performances of orchestral and chamber works. Given the current climate of racial reckoning and the resulting attention to the shocking disparities in representation in classical programming, some say that those factors combined with a pandemic create the opportunity to throw traditional programming out the window and instead do a cathartic re-visioning.  Instead of trying to cram the traditional full Proms experience into six measly weeks, why not overturn the old rulebook and establish new, inclusive traditions that are justly representative of the complete picture of music history, as well as honoring the directions that contemporary composers are exploring?

A quick analysis of the repertoire for the coming performances, which run from July 30 through September 11, show that the traditional form is, instead, carefully maintained. Deeply disappointing.

Of the 122 large ensemble works being performed this season throughout the course of the six weeks, all but 17 are works composed by men.  The seventeen pieces by women-identified composers are:

Where Icebergs Dance Away  by Charlotte Bray

The Men of Sherwood Forest – overture by Doreen Carwithen

Symphony No. 2 in B Major by Ruth Gipps

The Eternal Stranger by Ella Milch-Sheriff

Cloudline by Elizabeth Ogonek (A BBC co-commission and world premiere)

Piano Concerto in One Movement by Florence Price

Mother by Gity Razaz (A BBC commission and world premiere)

Of the 25 chamber works being performed this year, there is only one work by a woman – Ruth Gipps, Sea-Shore Suite for oboe and piano.

Regarding compositions, works women make up a whopping 12% of the total works being performed (just to be clear, “whopping” is ironic … the presence of only one chamber work by a woman is head-shakingly incredible).

While an average Proms season will easily consist of over 100 hours of music, this year will feature roughly 48 hours.  However, works by women make up only 6.5% of the total playing time over the 6 weeks of performances – a grand total of about three hours.  Something to keep in mind when considering the disparity between the relationship between the number of works and the performance time: the average work by a male composer clocks in at around 20 minutes, the average work by a woman composer is only averaging about 11.  The longest work by a woman composer being performed this season is Ruth Gipps’s Symphony which is timed at 21 minutes.  The longest piece by a man?  Wagner’s Tristan und Isolde, around four hours in total, which will be performed in its entirety.

And while it is indeed wonderful to see so many new compositions being commissioned from established and up-and-coming composers, I am always eager to hear more of those historic works that were never admitted into the canon even though they certainly deserve their place.  The works by Florence Price, Francesca Caccini, Ruth Gipps and Doreen Carwithen  are hopeful signs – and I hope that these historic women are joined by others in future programming.

All of which is, generally, an improvement from the last time we took such a hard look at the numbers (see BBC Proms 2018: By the Numbers).  In the 2018 season, women composers did comprise 17% of the total representation of composers.  However, women only received 4% of the total playtime, and had 9% of the total works performed.

So, yes.  Progress.  But why does it have to be so painfully slow?  The real answer is: it doesn’t have to be. It is unacceptable. There is no reason why those administrators in charge of the massive task of programming the daily schedules of the Proms cannot be mindful of the current climate of change and respond swiftly and appropriately.  Though there are plenty of excuses to hide behind antiquated ideas of musical superiority rooted in white supremacy, to continue to fall back on those discredited ideals in our rapidly transforming society, will ultimately mean the downfall of the organization.

Learn more about this year’s Proms and how you can tune in to live and recorded performances at the official homepage.