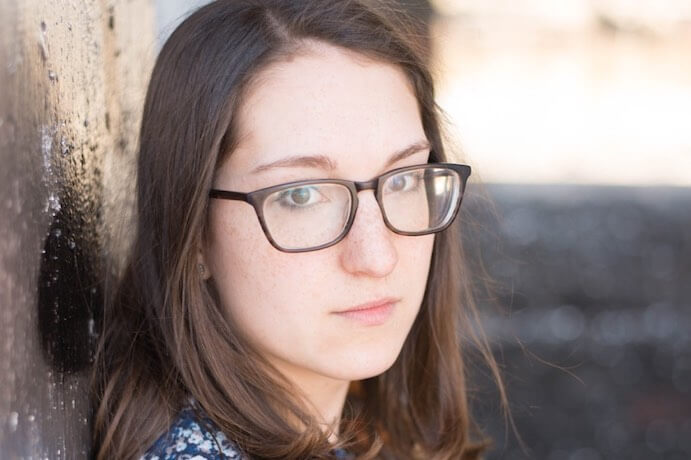 Read about the Sister Cities Girlchoir and their work with composer Erin Busch, pictured above, to educate and inspire.  Busch, who is a Ph.D. candidate at the University of Pennsylvania, is dedicated to the education of women composers, which is evidenced in part by her Young Women Composers Camp.  Read on at I Care if You Listen.

A new petition calls for a plaque to be installed to commemorate the life of 18th century Black violinist George Polgreen Bridgetower.  His prestigious career included giving the first public performance of Beethoven’s Violin Sonata No. 9 in A Major, Op. 47, which Beethoven dedicated to him.  Read more at The Strad.  — The Change.org petition is here.

Whitworth Symphony Orchestra presented a concert of works by women composers this past weekend – featuring music by Louise Farrenc, Amy Beach, Cecil Chaminade, and Vivian Fine.  Spokane Public Radio spoke with Dr. Philip Baldwin and Dr. Judith Schoepflin, who was presenting a preconcert lecture – listen in to the conversation at the SPR website.  The archived performance of the concert can be found here.

The latest installment in Lara Downes’ Amplify series is a conversation with violinist Regina Carter.  To say that Carter is a versatile musician is an understatement!  Listen in to learn what inspires her, and about the work she is doing.

As part of the transfer of 18 Egyptian mummies to their new museum home in Cairo, a dazzling parade took place, and orchestral performance was part of the solemn festivities.  Learn about percussionist Radwa al-Behairy,  who took part in the ceremonial concert at Egypt Independent  The BBC video found here shows clips of the events, with the orchestra visible at 0:55.

Our next installment about the impact of The Women’s Philharmonic (by Mary Purpura) is here — We Hold On To Women’s Music History By A Thin, Fraying Thread

ICYMI — Late in March, the always-inspiring Prof. Sophie Fuller (of Trinity-Laban Conservatoire) spoke with Aaron Dworkin (of Arts Engines, and founder of Sphinx Organization), about her passionate work on behalf of women composers.

The Financial Times reviews a new album of songs by women composers as performed by Olena Tokar.  Included works are by Clara Schumann, Pauline Viardot-Garcia, Alma Mahler, and Vítězslava Kaprálová.