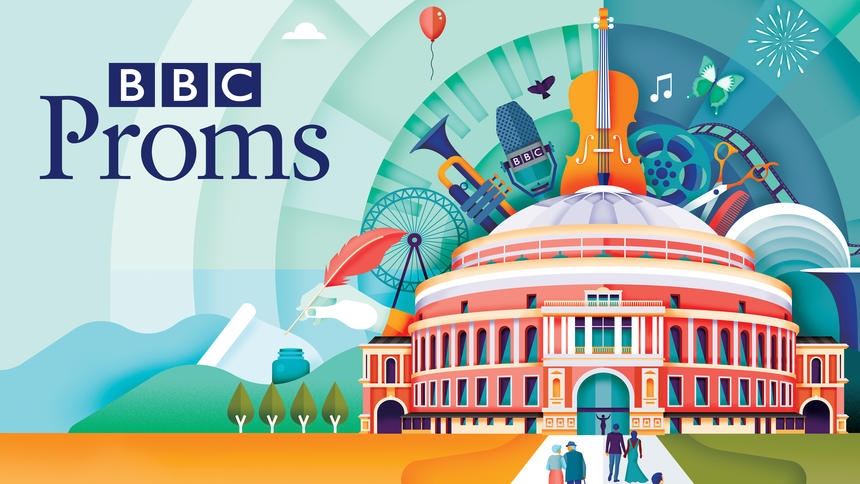 The most anticipated and celebrated summer festival each year — as well as one of the oldest, and longest, running from July to September.  The Proms always presents an interesting range of ensembles, conductors, soloists, and styles.  The 2016 season kicks off on Friday, July 15, demonstrating that this season is going to be much as last years.  Meaning:  what the Proms continues to be missing, like most music line-ups around the world, is equal representation (or something close to it).  Compared to last year the 2016 lineup is a bit – well – lacking.  Which isn’t to say that there are some excellent treasures included.

Galina Ustvolskaya: Symphony No. 3, ‘Jesus Messiah, Save Us!’

Marin Alsop has had the honor for the past two years of conducting the final night of the Proms – and was the first woman to do so.  Though Sakari Oramo has the honor this year, Alsop is conducting the Sao Paulo Symphony in Prom 51, though no women composers are included.  (Alsop is also conducing Verdi’s Requiem in Prom 74.)

The new conductor of the City of Birmingham Symphony Orchestra, Migra Gražinytė-Tyla, will be leading the ensemble in Prom 55 – but, again, no works by women will be heard.

And, as always, some perspective.  There are 112 composers represented in the 2016 Proms – 8 of whom are women.  Only one of those women will have more than one piece heard.  Unfortunately, and as we have come to anticipate there has been little progress since the 2015 Proms  – and, in fact we may be moving backwards.  (In 2015 there were 11 women composers represented, versus this year’s 8) .  Ustvolskaya (1919–2006) is the only historic woman, and her 14 minute Symphony is of course important, but even so, at 14 minutes it is the shortest of the four pieces on that program.   And isn’t it strange that (again) there will not be any performances of works by Master of the Queen’s Music Judith Weir?

It is noteworthy that so many of the works by women being heard are premieres and commissioned pieces by young, talented composers.  But it seems that the range of voices is still embarrassingly small.

The full list of events, including options to sort by composer, conductor, and performer, are available here.