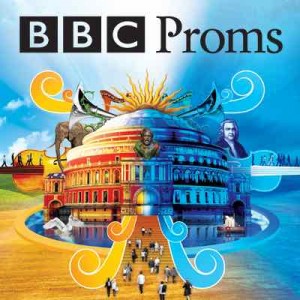 The 2015 Proms kicked off on Friday, July 17 with another full lineup of fabulous and engaging concerts ahead.  The role of women in music has been a hot topic in the London music scene this year, stemming largely from the popularity and publicity of BBC Radio 3’s women-only programming surrounding International Women’s Day.  (You can read Laura Seddon’s take on the efforts in her guest blog post here.)  As usual, the Proms programming includes a handful of contemporary women composers, and commissioned works.

July 20 saw the World Premiere of From the Beginning of the World by Cheryl Frances-Hoad, written in homage to Thomas Tallis.  Listen to a recording of the concert here:

But there is more to come:

The National Youth Orchestra of Great Britain will give the World Premiere of Re-Greening by Tansy Davies.

Internationally acclaimed percussionist Evelyn Glennie appears at the Proms on August 10 performing, among other works, Orologeria aureola a piece she co-composed with Phillip Sheppard, and Prism Rhapsody by Keiko Abe.

On August 27 the Bergen Philharmonic Orchestra will present Bergen’s Bonfire by Alissa Firsova.

Helen Grime’s A Cold Spring will be performed in a concert honoring the 90th birthday of Pierre Boulez on August 29.

On September 12 –  the final night of The Proms, which Marin Alsop will again have the honor of conducting – will open with the World Premiere of Eleanor Alberga’s Arise, Athena, a BBC Commission.

This season includes some excellent pieces by contemporary women – but, as always, the omission of works by historic women (Rebecca Clarke!  Ethel Smyth! Grace Williams!) is discouraging. And while the list of pieces by women is indeed exciting, it is a very small amount of the music of the Proms as a whole.  Out of about 225 total programmed works there are 13 works by women in the entirety of the Proms —  less than 6%.  (For some perspective, 14 different works by Beethoven will be heard this year.)

Only one woman composer, Anna Meredith, will have multiple works performed this year.  Also it seems strange that none of the participating ensembles have chosen to perform a piece by the Master of the Queen’s Music, Judith Weir.

In short, we think that the Proms could do more to encourage the programming of works by women — while it could be worse, it could also be much, much better.