We were hoping to resume our weekly link round-up and continue to bring you an assortment of news about women (especially composers) in the world of classical music.  But on Friday, June 24, U.S. women were stripped of an important right, the right to bodily autonomy, the right to control and plan their future.  So today the news about performances or events including music by women won’t be celebrated by us – because the sad reality is that U.S. women have been dealt a blow and moved backwards, away from equity and fair recognition. 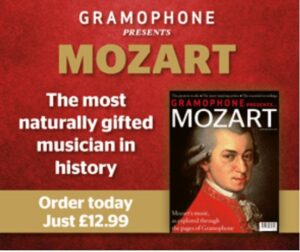 And I’d like to discuss that event with the question “Why Not Nannerl”? Why did she not become a great composer?  She was the equal of her brother — Wolfgang Amadeus Mozart – until she entered puberty.  Then she was removed from the limelight of touring and performing to prepare to enter the marriage market.  Recently I saw this advertisement, billing Mozart (Wolfgang) as  “the most naturally gifted musician in history.”  But of course, such a statement is a simple assumption.  The natural gifts of his sister were denied development, recognition, encouragement, and outlet.  The expectations for her were as restrictive as a corset.

When women are denied basic autonomy over their own lives, the opportunities before them are considerably narrowed.  Taking such a decision away from a vulnerable woman is punitive and leaves her to face life with an un-equal “playing field.”

Judith Shakespeare, the sister of the playwright imagined by Virginia Woolf, experiences an unwanted pregnancy, which leads to her suicide.  Mozart’s sister Nannerl remained within the bounds of societal expectations for her family, class, and era, and the music she wrote (including works which her brother praised) are lost. 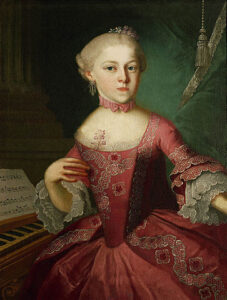 That women should not commit to a life dedicated to creative work, but rather should prioritize the duties to the family roles of wife and mother – is one of the restrictive generalizations attached to the traditional definition of “woman.”  Breaking free of those generalizations – to acknowledge and have access to other possibilities –is one of the achievements of feminism and the women’s movement.

On Friday, June 24, the U.S. Supreme Court took away a right from women, and placed many lives at risk, imposing constraints, violation of privacy, and a whole panoply of hardships.  We will lose more Mozarts because of this decision.  How could we have lost Nannerl, “The Other Mozart,” Sylvia Milo’s poignant play by that name asks, and morns not only the sadness of Nannerl’s restricted life, but also, our loss of the great art she would have created, had she the opportunity and expectations afforded her brother.

And how is it that, in the 21st Century, our government can place women in a set of restrictions that are a shocking step backwards?