Happy New Year! We are starting a TBT  “Throwback Thursday” series to highlight some of the achievements of The Women’s Philharmonic, the great and influential ensemble (1980-2004). I was reading some work by music critic Joshua Kosman, and I came across the review from 2000 linked below.  There are certainly details I disagree with; Amy Beach, with more than 300 works, was hardly a “thwarted composer.”  And marriage with Dr. Beach resulted in both constraints and opportunities —  after all, he encouraged her to compose and to turn to the large forms! 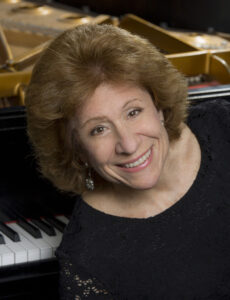 Joann Polk was the soloist in the 2000 performance of Amy Beach’s Concerto, offering an “enormously vital, imaginative reading” and “fearless technical panache”

But Kosman’s attention to the music – as well as the quality of the performance – is what is exciting here.  He notes the “emotional urgency” of Beach’s Piano Concerto (with Joanne Polk as soloist, conducted by Apo Hsu) saying its “four movements are packed with incident” and “beautifully shaped melodies” as well as the “vivacious and sometimes contentious interplay between soloist and orchestra.”

The tone-poems of Florence Price were also on the program (what a spectacular event!), as the orchestra was about to enter the recording studio for the first-ever recording of orchestral music by Price.  The concert may have been the world premiere of  “The Oak,” “a broad and wonderfully dark tone poem,” and TWP also performed the “ingenious” and “affecting” “Mississippi River.” It seems like I say this often, but Women’s Philharmonic Advocacy was founded to continue the legacy of The Women’s Philharmonic, and our first step was to have the Florence Price CD re-issued (it was out of print). Now it is reprinted by Arkiv Music.  The concert also included the world premiere of TWP’s commissioned “Fanfare Ritmitco” by Jennifer Higdon – a “magnificent performance.”  The SFGate link provides ad-laden content, but I guess that keeps the paywall away.

Here is the link!: