Here is our Selection of News Links! 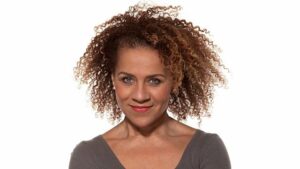 Chi-Chi Nwanoku (OBE), bassist and founder of Chineke! Orchestra, has worked to recover the role of George Bridgetower, a violinist of African descent, who inspired and premiered Beethoven’s Sonata op. 47.  Nwanoku’s work has led the publisher Peters to reprint the Sonata naming it after Bridgetower, rather than its habitual (but inaccurate) name, the Kreutzer Sonata.  Read the story on The Voice, or listen to the BBC feature!

Natalie Holt discusses the process of composing the music for the Marvel film “Loki.”  Holt is only the second woman to compose the score for a Marvel Cinematic Universe film.  (In 2018 Pinar Toprak became the first woman to score a major superhero movie)

Missy Mazzoli’s new concerto for string bass can be heard until July 9 on the Chicago Symphony Orchestra’s channel.m

And, in honor of U.S. Independence Day, Joshua Kosman (of the San Francisco Chronicle) examines the role of the National Anthem, and Jessie Montgomery’s work “Banner” as a “cogent consideration of the place of anthem in our national identity.” Here’s a link to listen to Banner on Spotify.

What are you listening to?  Let us know!  info@wophil.org