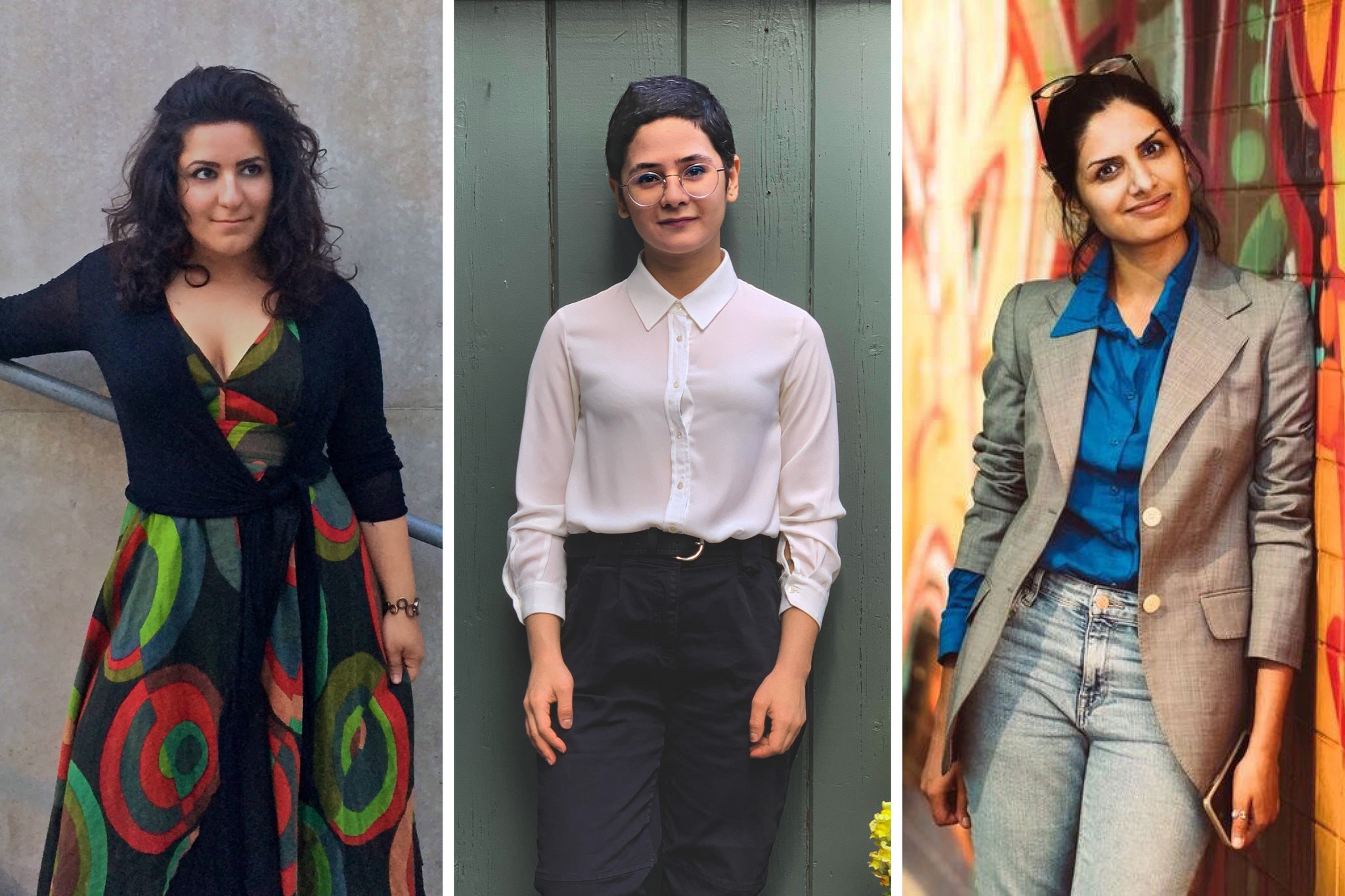 The New York Times introduced readers this week to the Iranian Female Composers Association, members of which are included above (from left: Anahita Abbasi, Aida Shirazi, and Niloufar Nourbakhsh).  Learn about this wonderful organization and listen in to the fabulous music being created.

The San Francisco Classical Voice profiles Beth Morrison, the “new opera midwife”.  Her production company saw the performances of some of the most important new opera works of the 21st century, including works by Du Yun and Missy Mazzoli.

In the 18th century, composer-violinist Maddalena Laura Lombardini Sirmen was a very big deal. On our own blog, Martin Ash explores her life, in this first  of two posts (the next, yes, about her music). #ThinkOutsideTheBachs

Here’s a great read by Anthony Tommasini of The New York Times about how easy – and likely – that concert goers decide the merit of a piece before even hearing it based entirely on who composed the work.  This is not news to those of us who advocate for works of less-known composers and often face the certainty from classical music enthusiasts that “if they were any good I would have heard about them before.” When, in fact, if they do not have a famous name, they are never even given the chance.

Jennifer Koh is featured in a piece in the Philadelphia Inquirer about music being created during the pandemic, which discusses her commissioning project.  Read more about how Koh is finding joy during this time in the NPR series, where you can also learn how you can watch the weekly premieres of her newly commissioned works.

Nadia Boulanger’s opera (which she co-wrote with Raoul Pugno), La Ville Morte, was given a concert performance on March 8 in Sweden (info about that performance here).  The performance is available as a podcast on the Austrian site, here, to May 30 (but don’t wait to the lat minute to hear it!)

And we are excited to hear that Rachel Portman, known primarily as a film composer, and the first woman to win an Oscar for best original score, is working on her first album not written for film or television.  Learn more at NPR’s All Things Considered or listen below.

And as we continue to check in on the state of classical music during this time – and how we may imagine the future to look like as the world begins to open up – read Alex Ross’s impressions.

Be sure to let us know what we missed, and what ideas you have for blog posts! info@wophil.org