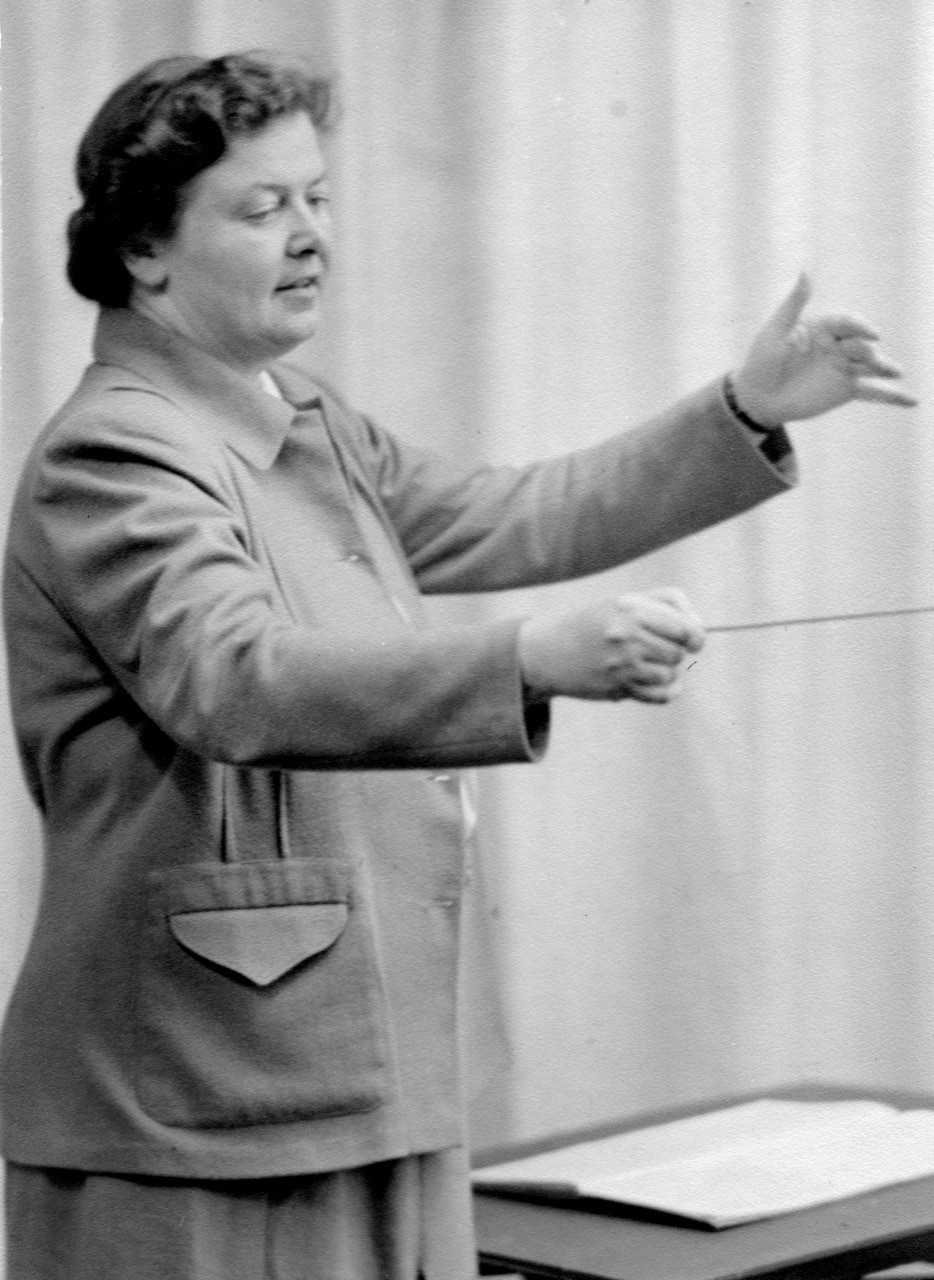 Learn about Kathleen Riddick, a British conductor who has been unjustly forgotten.  Riddick (pictured above) pioneered the way for future women to take the podium. The Isle of Wight County Press profiles the conductor, who lived from 1907 to 1973.

NPR has the story of the International Sweethearts of Rhythm – the nation’s first racially integrated all-women’s jazz band.  Listen to the story below, or read the transcript at NPR.

Canadian composer Janal Bechthold is interviewed in the Saskatoon StarPhoenix about her experience being creative among the restrictions of Covid-19.  Bechthold has, notably, been nominated for three Canadian Screen Awards for three separate film projects, all of which were completed during the pandemic.

Women Composers Festival of Hartford has announced a new series of conversations hosted on YouTube to bring more attention to scholarly topics of women in music.  Watch the first installment – titled Women in Canadian Piano Curriculum – below, and learn more about future installments, which will be shared on the 15th of each month.

New Music USA has announced the inaugural recipients of Reel Change Film Fund – supporting diversity in film scoring.  Read about the first round of grant winners, and how to apply for future consideration (applications are on a rolling basis).

ICYMI — The Philadelphia Orchestra announced they will record the three symphonies of Florence Price with Deutsche Grammophone, and women composers featured in their performances in the fall of 2021 include Price, Melinda Wagner, Missy Mazzoli, and Robin Holcomb.

Be sure to let us know what news we missed!  info@wophil.org