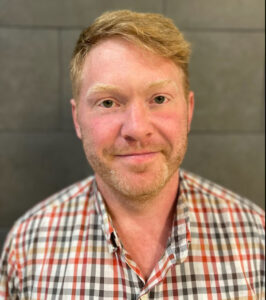 Our featured guest author Chris White teaches music theory at the University of Massachusetts Amherst, and writes for both the popular and academic press.  We asked him to comment on the reaction to his important article of two years ago, and are thrilled to have this update from him.

Here’s a few phrases that have given me pause over the past several years: A concert advertisement that lists “the works of Brahms, Bach, and Barbara Strozzi.” An abstract for an academic article that says cites examples by “Corelli, Mahler, Schubert, and Clara Schumann.” An NPR host announcing an upcoming lineup that includes “Mendelssohn, Grieg, Florence Price, and Tchaikovsky.” A theory teacher announcing that next week’s lesson involves analyses of “Bartok, Messiaen, and Alma Mahler.”

I’ll only embarrass the last of these authors with an identification, as that theory teacher was me. Over the last several years, I’ve joined many of my colleagues in the classical music world by including more women and composers of color in my courses. However, I also began to notice that I would refer to these newly-incorporated composers using their full names, while tossing off a series of mononyms to reference the previous mainstays of my syllabuses. And what’s more, I could tell my students were noticing. I was linguistically distinguishing between two classes of composer—an unsavory, disconcerting, separate-but-equal distinction. In response, I decided to begin treating composers with linguistic similarity. If I was going to assign Alma Mahler, I was going to also assign Béla Bartók and Olivier Messiaen. 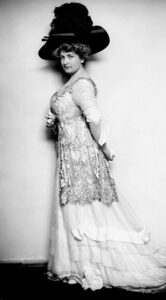 In October of 2020, I pitched an article about this issue to the online magazine Slate, and they published my piece on the topic later that month. In it, I argued that we should try not to present lists of composers that mix mononyms and full names, as this reifies the racist and sexist cultural forces that led to certain composers being better known. When we rattle off classical composers, our default should be to use their full names.

My article’s argument was extremely modest. I did not say we should only refer to composers by their full name. If a preconcert lecture was discussing George Walker and Arnold Schoenberg, I would see no reason not to truncate these references to a last-name basis after an initial full-name introduction. I also did not suggest that my argument generalized outside of classical music: the dynamics behind the single-named Madonna and Prince are very different than those behind Mozart and Vivaldi. Nor did I suggest that my solution would magically fix the balance of classical music’s deep-seated problems of representation. And I did not argue that a mononymic naming convention represented some malicious and conscious racism and misogyny on the part of its users. On the contrary, I was describing a preconscious outgrowth of our society’s inherited histories. No, I was simply pointing out that lists like, “Bach, Brahms, and Samuel Coleridge-Taylor” unnecessarily re-inscribe the racism and sexism of these histories.

What ensued was nothing less than a maelstrom. Over the course of a few days, the article went viral, being shared from one end of the internet to the other, with coverage ranging from social media posts to mainstream news outlets. Needless to say, my inbox, Twitter mentions, and DM’s exploded.

Responses could be grouped into three broad categories. First, there were the positive reactions. These folks mostly included music teachers and practicing musicians (some from very well-known ensembles!), and their notes usually indicated that they’d been thinking along similar lines and were happy to see a mainstream article addressing the topic. I would characterize these responses as warm and cordial— acknowledging an issue that they knew was quite modest, but was one they faced daily in the classroom and concert hall.

If the positive responses were warm and measured, the second category—that of the cultural right’s negative responses—was fiery and vehement. Hours after publication, my article garnered the attention of white supremacists, with racist bloggers arguing that white men of European heritage inherently wrote the best music. Next, a handful of alt-right (and Russian-state-sponsored) websites began covering the topic. Then, in a matter of hours, my article was discussed on mainstream right-leaning media. From my vantage point, the chain of influence in this progression was almost cartoonishly obvious: I watched as phrases were copied and pasted from the internet’s dark and racist corners first to fringe websites, and then to the likes of Fox News, the New York Post, and the Times of London.

What was most disconcerting to me, however, was the third category of responses—the moderate, left-of-center reactions. In a lot of ways, these were as fiery and vehement as those of the right-wing. The responses in Slate’s members-only comments section were vicious (and Slate Plus members are not known for their conservative leanings). Similarly, some friends of mine supportively posted my article on their Facebook pages, and their comments were veritably firebombed. Some of these commenters were dismissive of my suggestion given its circumscribed modesty— there are so many issues facing classical music (and the world as a whole), it seemed silly to litigate composers’ first names. Other respondents were incensed that I was censoring them, that I was flagrantly suggesting people should be canceled for using the name “Beethoven.” In their assessment, using single names was obviously and only due to widespread familiarity with some personality. To paraphrase one commenter, using the full name of “Ludwig van Beethoven” in a concert hall was as absurd as locating a Delta connection in “Atlanta, Georgia.”

To me, this was the most frustrating species of response. They were lazy, ungenerous, and reactionary. These otherwise-progressive individuals were unwilling to entertain that there might be some force behind the linguistic efficiency they were so quick to defend; that there might be sexist reasons for the mononym “Schumann” to evoke Robert and not Clara, or that widespread racism might account for why Harry Burleigh is less well known than his white contemporaries. And what’s more, this type of response was quick to center themselves (“How dare you suggest that I might be racist or sexist!”) over the experiences of others—the students, readers, teachers, and concertgoers who grapple with these issues in their daily lives and livelihoods. 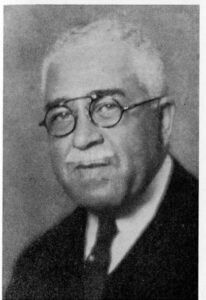 Over the last two years, I haven’t written about this experience. The anger directed at me was a lot for me and my family to process. I stopped reading emails where the subject line had anything to do with the article; I made all my social media private and removed Twitter and Facebook from my phone. I waited months to open mail from addresses I didn’t recognize. I didn’t write public music criticism again for over a year.

Plus, I haven’t known quite what to say. There hasn’t been some clear moral to this story­—some broad, end-of-90’s-sitcom-style lesson that I learned from this episode. For one, most of the outcomes were obvious, results I should have completely expected. The vehemence of the cultural backlash. The right-wing media relying on extremist elements. Social media being a terrible place for nuanced conversation— after all, neither the left-leaning clickbait “Classical Music is Racist” summary nor the right-leaning synopsis “Crazy Liberal Professor Claims That Composers’ Last Names Are Racist” productively outline the issues at play.

But, the fact that my experience was simultaneously entirely expected and entirely difficult might itself be the point—this is what our current mainstream marketplace of ideas looks like, and what we are opting into when we engage in public discourse. When an argument gains widespread media traction and begins to reach the enormous internet audience, it almost necessarily becomes condensed to Tweet-length hot takes. The very act of gaining clicks leeches out the nuance and substance from the argument. Because of these dynamics, if we want a large audience for our ideas, we need to be willing to allow these ideas to be boiled and scalded by the dynamics of social media, and to be parodied by conservative and reactionary forces. 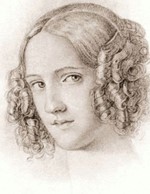 And we need to be strong enough to accept these ground rules, because the alternative is silence. The matter of full-naming classical composers ranks quite low within the panoply of issues facing contemporary society, even compared to other issues of discrimination and representation in classical music. But I’m still glad I prompted the conversation. I’ve been proud that many teachers—ranging from elementary piano teachers to those running college programs—have reached out to me about this topic, and I notice my colleagues casually correcting themselves with stutters like “Brahms and… Johannes Brahms and Josephine Lang.”

Even though the backlash was personally taxing, and the results were limited and modest, I think that advocates and scholars hoping to campaign for their ideas in a wider marketplace need to be prepared for this type of experience– to assume that inviting a larger conversation means inviting both the positive and negative consequences. This is the price of changing minds on the information highway that is contemporary discourse, and we need to be ready to pay that toll.