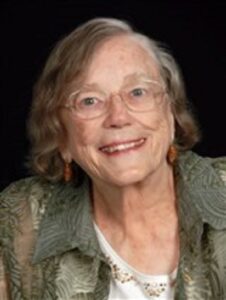 We are saddened to learn of the passing of Dr. Barbara Garvey Jackson (1929-2022, obituary here), who worked for decades to advocate for music by women composers.  She was a Professor at the University of Arkansas in Fayetteville, and has generations of students who attest to her dedication. She was part of the pioneering second wave of feminism that sought to recognize and recover the lost legacy of historic women. In 1977, her article on Florence B. Price in The Black Perspective in Music  brought attention to this African-American composer and native of the state of Arkansas.  In 1982, she founded ClarNan Press, to publish music by women, including Price and many others such as Marianne Martines, Maria Antonia Walpurgis, Francesca Le Brun, Camilla de Rossi, Maria Grimani, and Maria Theresia von Paradis.  ClarNan published more that 100 works by over 40 composers and is now distributed as part of Classical Vocal Reprints.   ClarNan was one of several publishers founded to address the practice of mainstream music publishers to avoid and ignore the works of women, leading to the perception to many that “there are no women composers.”  ClarNan continues be profoundly influential in making materials available for study and performance, leading to more performances and recordings and more focus on women in curricula and in the classroom.  Dr. Garvey Jackson will continue to be a model and source of inspiration. 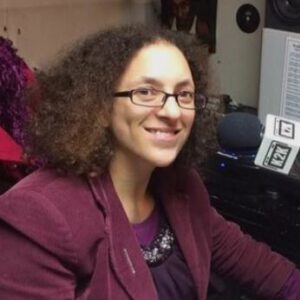 In other news, Elizabeth de Brito’s radio program, The Daffodil Perspective, is ending after four years of gender-balanced broadcasting.  De Brito’s work has done much to bring awareness to issues of gender and racial diversity in classical music programming, and she has affected the climate on social media with her candor and wide-ranging insights.  She has confronted the practice of ignoring or marginalizing women and minority composers and called-out high-profile institutions that routinely re-enforce the status-quo of the traditional white male (and usually dead) composer of the classical canon

Elizabeth has wondered (in her email newsletter) about the long-term impact of her radio show.  My response is that it is always hard to measure the influence of artistic and cultural forces that lead us to hear, learn, and experience in fresh, new ways.  The ripples stirred by De Brito’s broadcasts are going to continue in years to come; we see them already in the new directions of her work.  Recently she has spoken at the Association of British Orchestras annual conference, presented a webinar for the International Alliance of Women in Music, and written for the BBC Magazine on the African-American composer George Walker.  And we are thrilled now to have her on our team for our blog, Feminist in the Concert Hall, as a Contributing Author.  Her new features, positive energy, and breadth of knowledge about a diverse range of composers worldwide are invigorating all of us at Women’s Philharmonic Advocacy.

Why was it called: The Daffodil Perspective?  She explained:

We love this insight and the inspiration it offers, and look forward to collaborating with Elizabeth as she continues her vital work!  Thank YOU, Elizabeth, for all you have done, and continue to do.