In this brand-new series, we will be introducing some of the essential orchestral music by women. We offer starting points for those unfamiliar with the vast body of work by women. This is not an exhaustive list, there are many more brilliant pieces to recommend, however these represent a solid base on which to build your new repertoire. In each article we’ll focus on a particular type of orchestral music along with seven works for you to enjoy. Today we begin with symphonies — we hope you enjoy our selections!

Unusually, yet thrillingly, symphonies represent a substantial part of Emilie Mayer’s output. The German composer wrote a grand total of eight during her life and all except two have now been recorded, which is fantastic. Power and classical grandeur permeate Mayer’s music, the second symphony being no exception. Another slow burner, the suspenseful long lines at the beginning of the first movement heighten the drama and intensity of the middle section. The second and third movements seem reversed from the standard format, the second being a poised but layered Scherzo and the third a sweet lyrical section. The final movement delivers on stridency and passion to end on a high.

My own personal favourite symphony of all time, it never fails to bring me to tears, from the opening bar to the final note — I adore this piece! The mighty and assertive first movement is followed by a divine hymn-like melody introduced in the second, played by a full brass choir. After the heart-wrenching first two movements, Price livens up the party with a third movement Juba dance, and finally a fast, furious and fun Presto to finish with a bang. Since the resurgence of interest in Price in the last few years there have been several recordings by major record labels however the premiere recording by Leslie Dunner and the New Black Repertory Ensemble is truly incomparable. The depths of emotion, and connection to the composer remain unmatched and always gets my recommendation.

A composer so adored in her native Kazakhstan they named an aircraft after her, Gaziza Zhubanova (August’s composer of the month) remains a national icon. Her style married the national folk music together with Western classical and she founded an entire school of composition. The first of her three symphonies written in 1968, Zhubanova wrote a musical love letter for her recently deceased father, the eminent composer and teacher Ahmet Zhubanov. The subtitle Zhiger translates as “energy” – in this context meaning the constant energy and verve Zhubanov displayed, along with the energy all life possesses. 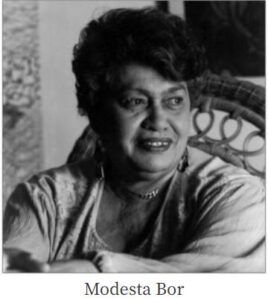 We wanted to be sure to include a Latinx composer, since it is (in the US) Hispanic Heritage Month! One of the great Venezuelan 20th century composers, Modesta Bor also influenced a whole generation as a renowned professor, in addition to the achievement of her many incredible works. Amongst her finest must be Genocidia, written in 1970. Technically a symphonic poem but at nearly 40 minutes long Genocidia is best classified as a full-blown symphony. A lifelong communist, Modesta Bor remained at odds with the cultural establishment throughout her career and in Genocidia Modesta Bor throws down the gauntlet, denouncing the extermination of traditional Venezuelan culture in a work of spectacular political commentary. Powerful brass begin the piece and return throughout, the bells call for action and the drums march towards judgement.

Considered a leading figure in Japanese music, Reiko Arima led the composition department at Tokyo College of Music for three decades. Now Emeritus Professor she also leads the Japan Composer’s Association. Her magnum opus, Okinawa Story represents a musical narrative of Okinawa, from its beginnings in the Ryukyu Kingdom, to the US occupation and the Koza riot to the present day and hope for the future. Patriotism and pomp fill the march-like first movement, the second movement hops around lighter folk melodies before the fiery and dramatic third movement magnificently closes the work.

We’re looking for how to find performance materials — any ideas? 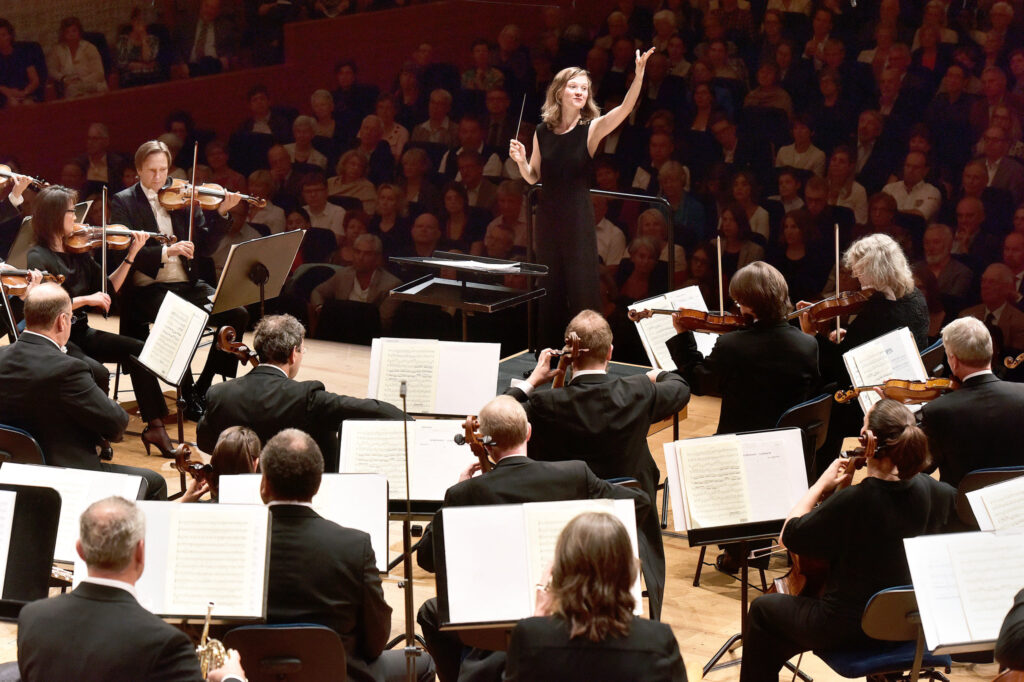