The Impact of The Women’s Philharmonic: Dr. Kathleen McGuire 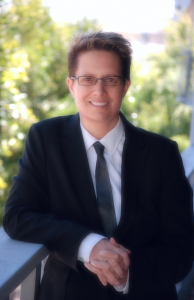 IMPACT OF THE WOMEN’S PHILHARMONIC ON MY LIFE
When I first moved to San Francisco in 2000, I had the joyous experience of conducting The Women’s Philharmonic (TWP) on a number of occasions. I had heard about the orchestra previously, of course, but it was such a thrill to be on the podium leading these wonderful musicians. This was not my first time conducting a women’s orchestra (I had formed one in Australia in 1990), but the experience with TWP led me to the Community Women’s Orchestra (CWO) based in Oakland, California:
CWO was founded by Nan Washburn in 1985 as a community adjunct to TWP. In 2005 I became the principal conductor of the CWO and served in that position for eight years. When I left the orchestra, to move back to Australia, CWO granted me the honour of the title Conductor Laureate. During my tenure at CWO, we created an annual assistant conductor internship for emerging women conductors; commissioned, performed and recorded works by established and emerging women composers; and created countless opportunities for women musicians to perform in the orchestra,including a tour to Miami, Florida.
Each CWO concert program includes at least one work by a woman composer. CWO, now led by Dana Sadava, also boasts a resident composer: June Bonacich. In addition to programming contemporary works, CWO finds pieces by historic women composers including works from TWP’s music library. The Community Women’s Orchestra continues to grow from strength to strength and is a fine example of The Women’s Philharmonic’s legacy.

Dr. McGuire conducts the Community Women’s Orchestra at her farewell concert in March 2013.

In 2015, the Community Women’s Orchestra received our “Amy Award.“