TBT: A conversation with JoAnn Falletta, 1991

We are so excited to share this archived broadcast (from KPFK’s Pacifica Radio, 1991, 2 hours in length) that features an interview with Maestro JoAnn Falletta from 1991.  The Women’s Philharmonic (still known as The Bay Area Women’s Philharmonic) had just released its first recording, “Baroquen Treasures” — directed by Falletta.

The palpable excitement about the work of TWP can be heard — discovering and recovering new works and forgotten historic works composed by women.

Part One is here  (on The Internet Archive)

And Part Two is here. 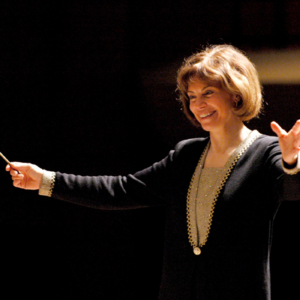