Speaking Her Truth: A Discussion with Jessica Rudman and Kendra Preston Leonard

We are delighted to share this conversation between Jessica Rudman (JR) and Kendra Preston Leonard (KPL) as they discuss the upcoming Hartford Opera Theater and Hartford Independence Chamber Orchestra’s program “Speaking Her Truth,” which includes Rudman’s micro-opera Trigger, Rudman and Leonard’s song cycle Four Songs for Lady Macbeth, and their opera Marie Curie Learns to Swim.

Trigger is Rudman’s response to an incident in which an abused woman overheard the policemen involved in her case speculating about what she had done to “deserve” being hit. In Four Songs for Lady Macbeth, various figures address the real and fictional life of the famous character from Shakespeare. Marie Curie and her daughter Irene go on a vacation to the seashore in Marie Curie Learns to Swim, where Irene’s swimming lessons awaken Marie’s powerful memories of specific events in her life. 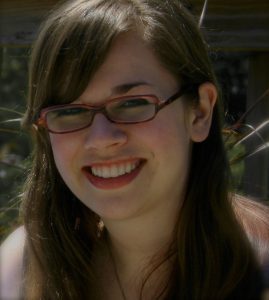 KPL: Tell me about Trigger: how you learned about the incident, how you decided to set your own text, and what you look for in a performance. 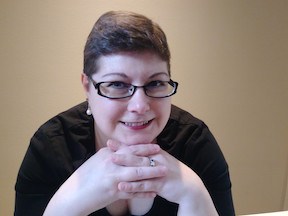 JR: I was accepted to a program called Opera from Scratch, which is in Halifax, Nova Scotia, and one of the requirements was that when you write a new work for the program, it has to be on a topic relating to Nova Scotia, something of historical or cultural significance. Given time and budgetary restraints, I decided that I was going to write my own text, and I had a bunch of ideas, but some of them had been done before, and for some of them there was just not enough source information available. I was searching for stories of Nova Scotia, thinking I might find a folk tale or something like that, and I came upon this news story where this woman who had been struck by her partner, and she had filed a complaint with the police. Apparently the officer had left her a voicemail and hadn’t hung up, or had accidentally redialed her, and on her voicemail you can hear the officers talking about the case in negative terms, implying that maybe the woman had lied, and one of them asks if she deserved to get hit.

At first I thought, that’s a horrible thing, and sort of put it aside, but it kept nagging at me and so I decided to use it as the basis for the opera. But I didn’t want to co-opt the victim’s experience, and I didn’t want to put words and feelings into her. So I chose to set the story so that it’s someone like me who encounters this story and has a very, very intense personal reaction.

KPL: I would hope that everyone who hears it would have a very intense personal reaction to it.

JR: I know that it’s a difficult piece to watch. It was a difficult piece to write. I wrote the text, and honestly, it probably took me two to three times longer to write the text than the music. When I was writing it, I actually had nightmares. I felt very uncomfortable for the singer and I felt very vulnerable about putting this out there. When I was writing the piece, I talked to the singer I was writing it for, to make sure she was okay with it. And for her, even knowing what she was getting into, the rehearsal process was difficult. It’s not a piece for everybody.

KPL: I think it’s a really important piece right now, in the climate of #metoo.

KPL: Trigger seems to me to tie in really well with the Four Songs for Lady Macbeth in that both the fictional and real Lady Macbeth was a woman brought up in a culture of violence, where violence is not only expected but accepted, and she has to deal with her role as someone who has to support that. In Shakespeare’s play, she’s expected to do horrific things.

When I wrote the poems that became the Four Songs, I was thinking a lot of the various film portrayals of Lady Macbeth, and how sometimes she’s powerful and yet at other times her vulnerability shows even before her mad scene. The way you’ve set the texts really brings out those different aspects of her character, even though she’s not speaking at all. I didn’t even realize or think about the fact that I’d written songs for Lady Macbeth but none of them are actually for her to sing until you set them: they’re all songs that someone or something else is singing for her, to her, about her. I had to ask myself, why do I not want to inhabit Lady Macbeth? And I think it’s because she’s already been inhabited by Shakespeare, and so well and so vividly; no one wants to compete with that.

JR: In considering the Four Songs and the other pieces on the program, I was thinking that the cycle was a bit of an outlier because she’s not speaking for herself, but I realized that Trigger is the same thing. It’s a woman thinking about another woman, asking, “Is she going through the same things I am?” and so they do match.

KPL: Especially, for me, the “Cradle Carol for Lady Macbeth,” where the narrator is mourning with her, all of the losses she’s endured. That song is based on the Lady Macbeth of the play: she’s had children who are clearly not present, she’s gone through terrible grief, and the narrator is mourning alongside her. In “Lady, Maid, Invocation,” the narrator is Lady Macbeth’s waiting woman, who is fed up with the sleep-waking and the hand-washing, and thinks, I’m not sure what she did, but somehow she got power, and I want that power too, and maybe I can handle it better than she has and not go mad as part of it. So again, it’s someone watching her—a woman watching another woman and internalizing what she thinks she sees.

JR: And in Marie Curie Learns to Swim, Irene is an amalgamation of Curie’s two real-life daughters, right?

KPL: Yes. In the anecdote I read that inspired the libretto, Curie and her daughters Eve and Irene went to the beach for a holiday, and she asked them to teach her to swim. For the purposes of the opera, I combined them into Irene, who, as a scientist herself—she worked alongside Marie for years—could pose some of the questions and problems about their research that I wanted to bring up, that their work with radium would eventually kill both of them. Marie never really believed that it could do that, but Irene knew.

JR: From what I’ve read, the real Irene was more fully on board, in her belief in radium, than how we see her in the opera.

KPL: She was, but she also did call out her mother on the problems she was realizing were caused by exposure to radium. At first I thought I wanted to have both Eve and Irene both in the opera—more roles for women!—but they would have been small roles, and by combining them into Irene, I could create a larger role for a singer. At one time I wasn’t even sure I wanted to give Pierre a singing role—I had this idea that he could be a non-vocal actor, that he would just walk across the stage with his bicycle, very slowly, looking pale and sad, being a ghost or Marie’s memory. But he was too important in Marie’s life not to give him a big chunk of text.

JR: One of the things I find interesting is Marie Curie’s affair with Paul Langevin. It struck me because it stands out as—and this is how I set it—this little moment of romanticism that was very different from almost everything else in the opera. I wonder what led to that affair.

KPL: The way you set it is perfect, because it does stand out as very different from her relationship with Pierre. She loved Pierre, and he pursued her for a long time and they worked together very well and they were happy together, but sometimes I do wonder if that marriage would have lasted their whole lives. Pierre got interested in spiritualism and other metaphysical things, and Marie was not into any of that. Paul Langevin had worked with both Pierre and Marie for a long time, and he and Marie seem to have had a truly blissful relationship. But his wife was angry and jealous and went to the press and threatened to kill herself if he didn’t leave Marie, and eventually he went back to her.

JR: It seems to me that the difference between that relationship and the relationships between Marie and Pierre, and Marie and Irene, is that there was love with Pierre and Irene, but it was through the science—facilitated by the science, communicated through the science—this is what bound them all together. With Paul Langevin, it was less that the love was coming from their mission and their research and their dedication, but a fleeting moment of very personal love.

KPL: I can’t say for certain, but it does seem that that was how it was. Langevin was also a researcher and worked with Curie, but I think it was the kind of thing where they worked together for years and years and then one day realized that they loved each other. It was more than Pierre’s letters and constant work; it was a spark.

JR: And yet Marie was still dedicated to the idea of radium saving the world.

KPL: She was. She really believed that it would heal everyone and fix everything.

The performance will be held at Christ Church Cathedral’s Parish House on Saturday, April 28 at 7:30 pm.  Tickets can be purchased at: https://hartford-opera-theater.ticketleap.com/speaking-her-truth/.  If you are unable to attend but would like to support this project, donations can be made to Hartford Opera Theater or the Hartford Independent Chamber Orchestra who will be providing the instrumentalists for the performance.