It’s been a banner year for opportunities for women conductors.  Since this time last year we’ve shared stories about:

JoAnn Falletta renewed her contract with the Buffalo Philharmonic

Agata Sorotokin, who began courses at Yale this fall, was assistant conductor for the San Francisco Youth orchestra

Alice Farnham, who expanded her workshops for young women interested in learning about the job

Migra Gražinytė-Tyla, who was named Associate Conductor for the Los Angeles Philharmonic

Alondra de la Parra, who was appointed the music director of the Queensland Symphony Orchestra

The Lucerne Festival, which announced their commitment to feature women conductors in the coming season 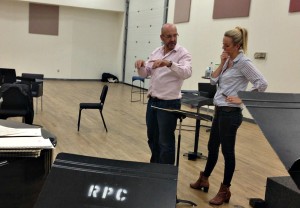 The good news continues as the first iteration of the Dallas Opera Institute for Women Conductors takes place.  Art & Seek, from KERA broadcasting,  has a great piece about the experience for the conductors taking part, and the relevance of the program.  The institute participants are working with music director Emmanuel Villaume, and newly-appointed principal guest conductor Nicole Paiement.

And just days after it was announced that Xian Zhang was appointed the 14th Music Director of the New Jersey Symphony, she is in the news again as the first woman to hold a titled role with a BBC Orchestra – she was named the Principal Guest Conductor of the BBC National Orchestra of Wales.  Tom Service at The Guardian has the story here  – and leads with the most common question:

“Some ladies don’t like to be asked this question,” says Xian Zhang. “But I’m happy to talk about it”. The question is that question, the one that female conductors are always asked, namely: “Why aren’t there more of you?”

We’ve seen already how carefully Zhang has responded to this question – and why she feels it is so important for young women and girls to see women at the podium.

With this list of great announcements we can feel hopeful that the “woman conductor” question will become less and less relevant – and necessary – as more women win positions across the country, and around the world.