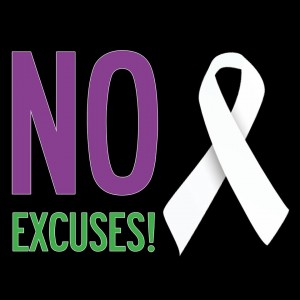 We are thrilled for the continued success – and social activism through music – of WPA Board Member, composer, conductor, and educator Kathleen McGuire.  We wrote last year about the premieres and acclaim that her collaborative project Street Requiem received in Texas as well as California (including a recent award from The American Prize).  Her new project, titled NO EXC– USES, is a collaboration with Christina Green focusing on the effects of domestic violence.  The work will receive its world premiere this weekend at the Big West Festival in Melbourne, Australia.

This fantastic project has been co-sponsored by the Big West Festival and is supported by the Victorian Government through Creative Victoria.  The all-woman chorus and instrumental ensemble consists of members of the larger community as well as members of Footscray Yarraville City Band, Only Women Aloud, Western Health Choir, Voices of Brimbank, Victoria University Choir, Brimbank Multicultural Choir, Brunswick Secondary College, Divas of Sunbury, McAuley House Choir, and the School of Hard Knocks.

The combination of the original compositions, women’s choir, and the sharing of true experiences (to which the community submitted contributions earlier this year) I have no doubt, created a powerful, moving, and meaningful performance.  Family violence is a devastating and systemic problem throughout the world.  This project not only calls attention to the problem but creates a forum for discussion, healing, and an opportunity to move forward.  I am so sorry to have missed the World Premiere performance – but have no doubt that the success of this project will mean that, like Street Requiem, it is only a matter of time before the work, the spirit, and the activism inherent in the NO EXC– USES project will find an audience with a US premiere.

The project is ongoing and will be expanded with more songs in the suite for further performances in 2016 including International Women’s Day and Melbourne International Singers Festival.  Follow project updates on the NO EXC– USES Facebook Page, listen to an archived radio story about the project on ABC News Australia, and read more about Kathleen McGuire’s work at The Weekly Review.