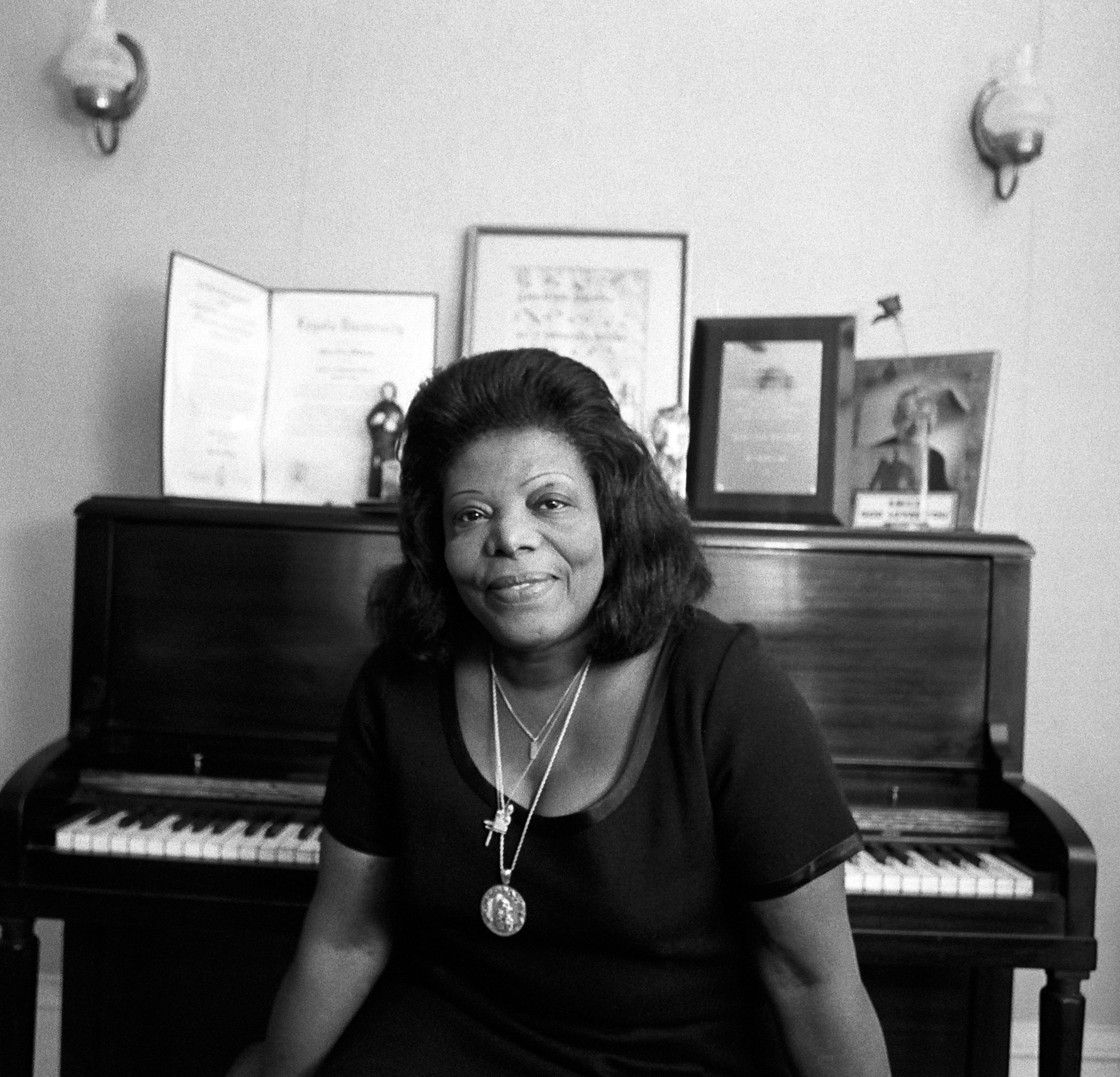 Celebrations are underway (to the extent possible given the pandemic) for the centennial birthday of pianist and composer Mary Lou Williams, pictured above.  She is featured in a story on NPR by reporter Lara Pellegrinelli.  Read the text or listen in to the six minute story here.  Pellegrinelli also spoke to two contemporary artists who are continuing Williams’ legacy – Allison Miller and Derrick Hodge.  BTW, the biography Soul on Soul: The Life and Music of Mary Lou Williams has been released in a second edition, including a new preface by the author Dr. Tammy L. Kernodle (who serves on our Board)

The United States inauguration of President Biden and Vice President Harris was a long sought-after and poignant day.  In addition to the inspiring speeches and poems, there was fantastic fanfares, including “Integrity Fanfare and March” by Julie Giroux, performed while Kamala Harris was introduced.  Based in Madison, WI, Giroux was interviewed by her local news station.  You can also read an interview with the composer at WKAR.  And New Music Box has this feature on the new music performed as part of the inauguration ceremonies.

We shared last week about the plans for Marin Alsop to conduct a virtual performance of Fanfare for the Common Man (by Aaron Copland) and Fanfare for the Uncommon Woman (by Joan Tower) in honor of the inauguration.  If you missed it, listen in here!

Gramophone reports that conductor Mirga Gražinytė-Tyla will be leaving her position as Music Director of the City of Birmingham Symphony Orchestra at the end of the 2021-2022 season.  She reportedly is looking forward to stepping away from the administrative responsibilities of the position of Music Director; she will instead be Principal Guest Conductor.

The Journal of Music out of Ireland has announced a composition competition for emerging women composers.  Applicants are required to be an emerging woman or female-identifying composer, born or currently residing on the island of Ireland.  Sponsored by the Contemporary Music Centre, it will include a workshop for shortlisted candidates and mentoring of the winner by an established woman composer from Ireland.  The deadline for submission is Friday, February 26.

Speaking of Ireland, composer Eímear Noone, the world’s leading composer of video game music, has received a nomination for a Hollywood Music Award for the song “Stand for Hope – When I Stand with You” from the film Two By Two: Overboard! Read more here.

ICYMI, scholar and conductor Jane Glover has been honored as a DBE — Dame of the British Empire.  Among her many achievements: she has served as music director of the London Mozart Players, and became the third woman to conduct at the Met Opera in New York, to mention just a few.  In November 2020, Glover received the Royal Philharmonic Society’s Gamechanger Award, for encouraging new generations of women to take up conducting. Among Glover’s many accomplishments as a conductor is this astoundingly important 2018 International Women’s Day BBC Concert of 2018, including five unknown works by little-known composers: Marianne von Martines, Augusta Holmès, Leokadiya Kashperova, Johanna Müller-Hermann, and Florence B. Price.

So much happening!  Be sure to let us know what you are listening to!  info@wophil.org