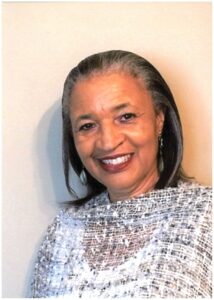 Composer Dr. Sharon Willis, pictured, has collaborated with author Margaret L. Thomas to create music to accompany a children’s book.  The book, titled Suazu and Nomeka’s Heir is now also a musical with 16 songs, which they hope to bring to a theatre in the near future.  Read more at Morgan County Citizen.

There is a new classical radio station devoted entirely to playing works by women composers.  Stephen Moss from The Guardian has a review of the station – and a request that they be bold in their programming!

The Daily Beast spoke with composer Caroline Shaw about her work, her music, and her interests outside of composing and performing.

Congratulations and kudos go to conductor Lidiya Yankovskaya who returned to the podium at the Chicago Opera Theater just days after giving birth.  The Hill shares the story, as well as highlighting the lack of women in the field, and sharing information about Yankovskaya’s career highlights, including being the founder and director of the Refugee Orchestra Project.

We have mentioned before the importance of Mexican-American Germaine Franco being the composer of the score for the new Disney film Encanto.  Classical FM has more about the score and the process.

How is your year starting out?  And what news did we miss?  Let us know   — info@wophil.org