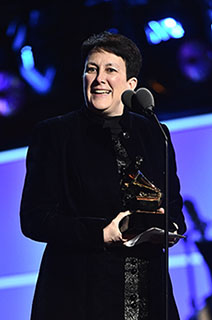 What have you been listening to? Be sure to let us know!  info@wophil.org