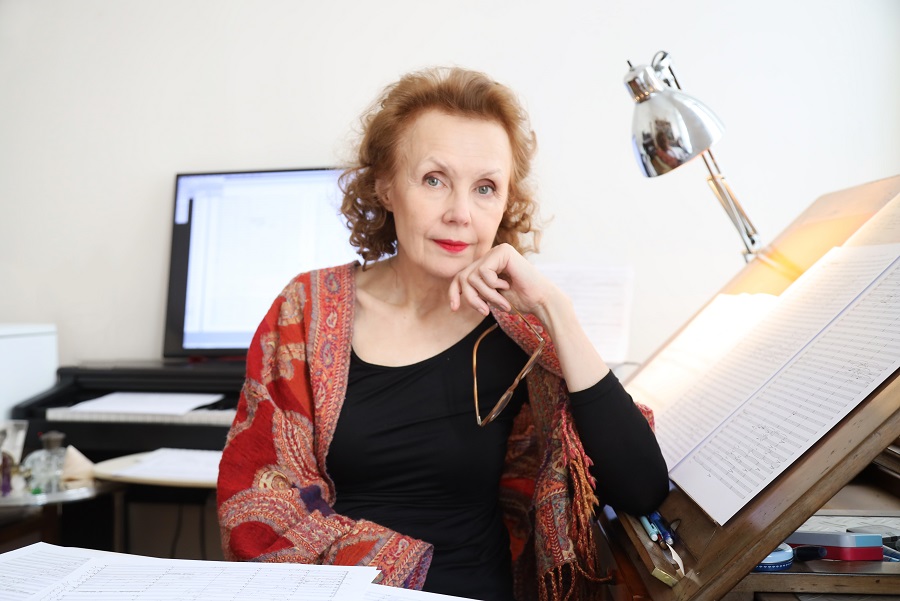 The New York Times recapped the rather challenging year in classical music – including awarding Kaija Saariaho (pictured) The Composer of the Year.  Other highlights include building a more diverse repertoire, firsts at the Met, and more.

Don’t miss an excellent piece by musicologist Dr. Douglas Shadle about the work that still needs to be done in recognizing, honoring, and performing historic works by Black composers.  Read it for yourself in The Boston Review.

The Juilliard School has received a gift of $50 million to help target the racial disparities in classical music.  The New York Times reports that the funding will go to expanding outreach to Black and Latino school children.

As Anthony Tommasini wraps up his career as chief classical music critic for The New York Times he reflects on what should, and shouldn’t, change in the world of classical music.

And “Below the Line” highlights the achievements of Germaine Franco, the first woman to score a Walt Disney Animation Studio film.  Her music is featured in the film Encanto; read more in the interview here.  Encanto is the 60th Disney animation!

It is good news … for 2022, the League of American Orchestra’s Bruno Walter National Conductor Preview includes two women (of six participants), Tong Chen and Yuwon Kim. Illustrating how hard hit the industry has been by the Covid pandemic, the slate is that from 2020 — the event had to postpone for two years!  ONE THING that alarms us is the repertoire of the event —

Five canonic “masterpieces” by DWM (dead white males), four of them large, multimovement works, the most “modern” from 1919 .  We are so glad that Jessie Montgomery’s brilliant work is included, BUT, wouldn’t it be great to have more than a single, short (3-minute plus) piece representing women, BIPOC, American composers and living composers????  Isn’t that the definition of “tokenism”?

What do you think?  We’d love to hear!  And what are your thoughts about the end of the year?  The best, most important events?  And the worst? info@wophil.org