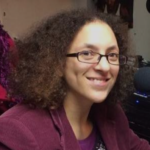 We are very excited to conclude Women’s History Month with a post by Featured Guest Blogger Elizabeth de Brito.  Ms. de Brito is the Founder and Creator of The Daffodil Perspective, a classical music podcast where every show is gender balanced and racially equitable, available on the website here, or through Mixcloud.

Japanese composer Michiru Oshima (born 1961) has enthralled East Asian audiences since the early 80’s. A household name across China, Japan and Korea, Oshima’s large output comprises hundreds of film and television scores, both live action and anime. Her ouevre also boasts video games, straight up classical, a musical and much more. However, she remains almost completely unknown to Western audiences. Let me introduce you to her and some of her fabulous music. 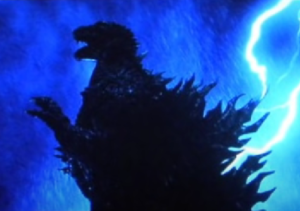 One of the most prolific film composers alive, Michiru Oshima’s compositions number over 100 film scores and 200 television series. (John Williams in comparison has only scored 75 films, in a career nearly twice as long). Hundreds of CDs of Oshima soundtracks exist, as well as greatest hits compilations of her TV and film music.  Michiru Oshima’s list of anime scores include Fullmetal Alchemist, Hana Yori Dango (Boys Over Flowers), Arc The Lad & most recently Star Wars: Visions. Chinese film The Message, and Memories of Tomorrow are just two of Michiru Oshima’s many live-action film scores. Michiru Oshima also achieved further recognition as the first woman to compose for the Godzilla series. Oshima wrote for all three of Masaki Tezuka’s Godzilla films of 2000, 2002 and 2003. Her scores, iconic works of awe-inspiring power and malevolence, disprove the myth that women can only write for chick flicks and romantic dramas.

Kazabue, undoubtedly Michiru Oshima’s most iconic piece (at least it seems so from my western perspective), is the main theme from Asuka, a TV series from 1999. Performances of Kazabue number in the thousands, with arrangements for every instrument and combo imaginable, including orchestra, wind band, flute trio, harp, erhu and piano, you name it. On any given month at least 8 new videos of Kazabue are posted on Youtube — it’s incredible! A perennially popular classic, it’s like the East Asian equivalent of the Star Wars theme or He’s a Pirate.

Kazabue seems nothing less than beloved across the East Asian world, and with soaring lyricism and divine countermelodies it’s easy to understand the enduring appeal. A version for clarinet and piano is featured here.

Video Games — Michiru Oshima’s video game soundtracks include Legend of Legaia, Arc The Lad and the cult classic Ico (Castles in the Mist is part of Ico)

Michiru Oshima’s music, whilst as diverse as the genres she writes for, does often have some characteristic trademarks. A broadly classical tone is exhibited through much of her music, and her film themes often have a deep cinematic style, displaying a lush romanticism. A rich lyricism imbues many Oshima compositions, making for sheer listening delight. 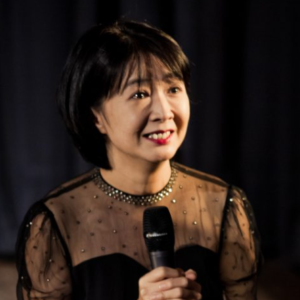 Legacy in the East, and How to Listen

Few composers have made more of an impact upon cinema, or achieved such legendary status. The Asian film industry has consistently recognised Michiru Oshima’s contributions to the genre, with a Japanese Academy award win, 7 more nominations as well as numerous other awards. Unfortunately much of Michiru Oshima’s extraordinary body of work isn’t easily accessible in the West, however, there is a wide variety on iTunes and Youtube. Kazabue is most widely available work, with all the major streaming platforms offering various recordings. Her art, like much of East Asian art, is tragically unknown in the West but hopefully this article will encourage you to check out the work of this phenomenal composer.