Marianne von Martinez (1744-1812) was born in Vienna, though her family heritage was Spanish. She displayed her talent at a very early age and was a student of a young Haydn, who was a very close  neighbor. Later, she also studied with Johann Aldoph Hasse, and received requests from Mozart to join in playing duets. 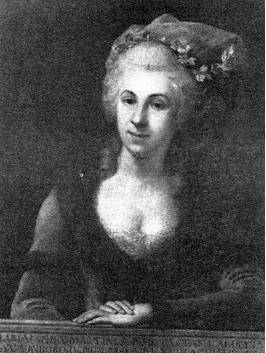 Her numerous compositions, which include oratorios, cantatas, arias, piano concertos and sonatas, as well a symphony, remain almost entirely unpublished. Though she was never paid for her work, (i.e.: never a “professional” composer), Martinez was well recognized among the musical elite in Vienna during her lifetime. After she stopped composing, Martinez taught numerous pupils and remained an active part of Vienna’s music elite until her death.

Here is a excerpt from one of Marianne von Martinez’s Piano Sonatas: