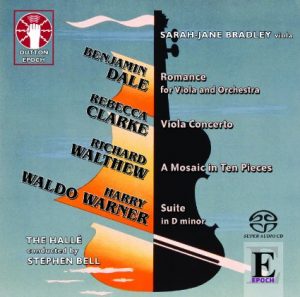 Interest continues to build in the music of the exceptionally talented British-American violist and composer, Rebecca Clarke. An exciting new CD featuring her best-known work has been released just in time for her birthday!

The score of the Ruth Lomon orchestration (and parts for performance)  are available here.

Also, Clarke fans outside of the U.S. may purchase the CD on the website of the CD company, Dutton Vocalion, but we do hope that those in the U.S. will buy it on our website (where it will be available very soon!)