Dora Pejačević — another composer whose time has come?

With two upcoming performances of music by Dora Pejačević taking place in the next few weeks, we wonder if this remarkable but little-known composer, who was writing powerful orchestral works a century ago, is finally ready for rediscovery.  [Wondering how to pronounce Pejačević?] A recipient of our Performance Grant, the Willamette Falls Symphony, will be performing Pejačević’s brilliant Overture for Large Orchestra in d-minor, Op.49, this Sunday Feb. 18.   Performances in the US of Pejačević’s music are rare in the US, but Youtube offers the opportunity to hear the brash, colorful Overture, recorded in the composer’s homeland, Croatia, and also in Japan.

Pejačević was born in Hungary in 1885 into Croatian nobility (she is often called a Countess), and her upbringing and education were international and cosmopolitan. She studied music in Germany and Austria — all these countries were part of the Austro-Hungarian empire, after all.   The Croatian Music Center has the best information on her; it is worth using Google translate to see the detailed information and also many audio links. Other works with orchestra include the Concert Fantasy (with piano), Piano Concerto, and the great Symphony in F-sharp minor, Op. 41, which she composed in the midst of World War I in 1916-17.  Pejačević  died at age 38 in 1923, from complications of childbirth.

This Symphony will be performed on March 11 and 12 by the Chicago Sinfonietta in a concert that may well be the U.S. premiere by a professional orchestra. The concert will also include music by Florence Price, and two new works, by Jennifer Higdon and Reena Esmail, commissioned by the Sinfonietta as part of ProjectW.

Pejačević’s Symphony was first recorded in 2011 on the adventurous CPO label; a review (here) describes the Symphony as “an effusively romantic affair — a rich tapestry spun from strands of long-breathed chromatically enhanced melody, luxuriant harmony, and opulent orchestration.”  The author references “the very complex cultural cross-pollination of Croatia’s history by Hungarian, Italian, and even Russian influences,” also mentioning Richard Strauss and even Sibelius.  Although composed in 1916-17, the symphony breaths the expansive air of the fin-de-siècle, and reminds us of the many composers who continued to write monumental works in the 20th century that built on the traditions of the 19th.

And considering how many recordings and performances we find of the music by her contemporaries (Mahler, Sibelius, Strauss, Rachmaninoff, etc.), we can agree with the reviewer who is incredulous that Pejačević has been so overlooked, and with still only a single recording of the Symphony, which is “urgently recommended.” 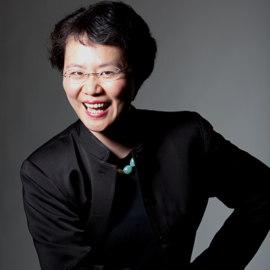 So this is indeed ambitious and even visionary programming by the Chicago Sinfonietta, which is celebrating its 30th anniversary, and the seventh year with Music Director Mei-Ann Chen.  Back in 2013 we talked with Chen about the music of Florence Price, which she was busy conducting with four different orchestras — we are glad to see that she continues her inspired leadership!  We can hope that the Chicago Sinfonietta might record the Pejačević’s Symphony soon!