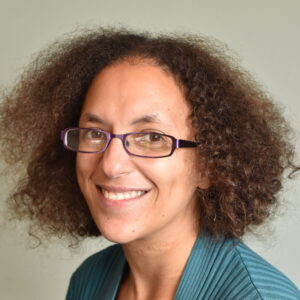 We are thrilled to launch a new Composer of the Month feature, authored by Elizabeth de Brito, a journalist and cultural activist for diversity in classical music as well as the producer of The Daffodil Perspective podcast/radio show.  If you follow much social media about expanding the canon in music, you have probably encountered Elizabeth (she recently blogged for us here on Michiru Oshima, and her new article on composer George Walker is in BBC Music Magazine); we are excited to have her knowledge and infectious enthusiasm regularly on our website!

Cécile Chaminade (1857-1944), a brilliant composer and virtuoso pianist, was also a remarkable businesswoman. One of the few women at the time to make a living solely from composing and publishing her music, Chaminade achieved recognition as the first female composer awarded the Légion d’honneur, the highest French order of merit.

Born to a bourgeois family in 1857, Cécile Chaminade displayed every sign of a piano prodigy, publishing her first composition Deux Mazurkas at 12 years old. However due to her class, her father wouldn’t allow her to study formally.  Close family friend and composer Georges Bizet’s badgering eventually persuaded Chaminade’s father to permit his daughter to take private lessons from Paris Conservatoire professor Félix Le Couppey.  Ironically, after the of her father when she was 30, Chaminade’s composition career became the sole source of family income. 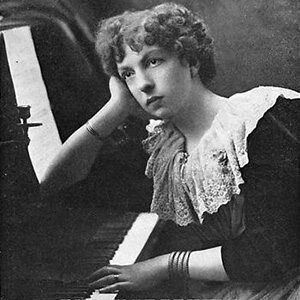 Debuting as a concert pianist at the age of 18, Chaminade became quickly well known throughout Paris for her stunning, virtuosic playing. Her concerts initially featured her own compositions as well as music by others, including that of Frédéric Chopin. The entire continent delighted in her tours; she even won royal approval in 1892 with her British tour, performing for Queen Victoria herself.

On April 18, 1888, in Antwerp, Chaminade’s first spectacular showstopper was premiered: her Konzertstück in C-sharp minor for piano and orchestra, op. 40, the composer herself was the soloist. A work of flamboyance and decadence, drawing more from Wagnerian tradition rather than the French school and using exotic harmonies, great acclaim followed for both the piece and the pianist.  Numerous performances followed, with other pianists to champion the piece including Louis Livon and its dedicatee Louise Steiger. Chaminade also premiered her two-piano arrangement of the work with British pianist Amina Goodwin, performing in London on 23rd June 1892, at St James Hall, London’s main concert venue at the time.

Two decades later, for her American debut in 1908, Chaminade performed the Konzertstück with the Philadelphia Orchestra, instantly attaining celebrity status. From there Chaminade went on to perform at such famed venues as Carnegie Hall in New York and Symphony Hall in Boston. Across the country Chaminade inspired women, resulting in the formation of over 200 Chaminade Clubs, societies created by women for the gathering of amateur musicians. Over 100 years later at least three remain in existence: Yonkers in New York; Attleboro in Maryland & Providence in Rhode Island.

Despite its popularity in its time, Konzertstück performances are now atrociously thin on the ground; I find only two 21st century performances: by Cleveland Women’s Orchestra and pianist Antonio Pompa Baldi on 25th April this year, and before that a concert from the Metropolitan Symphony Orchestra (Minnesota) in May 2020.  These are both community orchestras – why have professional ensembles not discovered this sensational work? The Konzertstück’s complete score can be easily accessed on IMSLP, the score and full set of orchestral parts themselves are available on Sheet Music Plus and Kalmus. Thus, the scarcity of performances cannot be explained by lack of materials.

The Ballet Symphonique: Callirhoë proved another early masterpiece for Chaminade, inspired by Greek mythology and full of seductive oriental mysticism. Initially produced in Marseilles on 16th March 1888 (that was an auspicious year for the composer), the ballet was a huge success with more than 200 performances staged.  Chaminade would later publish a 15-minute-long orchestral ballet suite, currently available on IMSLP. Further, she arranged various short dances from the ballet as piano miniatures: her Op. 37b Cinq Airs de Ballet, her Op. 37c Deux Airs de Ballet (available as a piano duet) and Scarf Dance (Pas des écharpes), since arranged for various instruments and available as sheet music. A complete score of Callirhoë is not easily accessible, however the BBC Concert Orchestra did record the work in full for the first time in 2017.

In 1902 the Paris Conservatoire commissioned Chaminade’s Flute Concertino as an examination piece; the technically demanding work is a stunning display of talent, versatility and skill, regularly performed by flautists today and recorded by everyone from James Galway to Sharon Bezaly.

While these orchestral successes were notable, Chaminade gained fame mostly through her solo piano compositions. After her father’s death when she was 30, the family finances fell solely on Chaminade’s shoulders. So, she switched from riskier large-scale orchestral and stage works to short character pieces for piano, already proven popular with a larger public, in an era when music played in the home was a major source of entertainment. Chaminade exalted the form and from 1890 onwards almost all her output comprises these solo piano miniatures, over 200 in total. Her pieces contain an extraordinary grace, wonderful fluidity and an inimitable technicality, selling in their time by the thousands. Some of her most popular compositions include a sprightly set of Études de concert, the dreamy La Lisonjera (The Flatterer) Op. 50, the pensive Les Sylvains and jocular Danse Creole.

Chaminade also wrote and published several books of graded compositions, not only demonstrating her expert technical understanding of the instrument, but also the current market demands from middle-class female homemakers and aspiring amateurs. Consistently on the cutting edge of the music industry and public trends, Chaminade pioneered the new recording industry in the early 20th century, one of the first composers to record her own music. 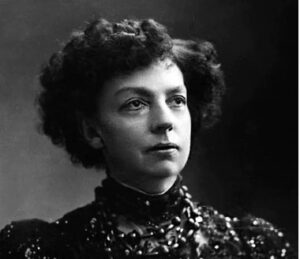 Tragically, modern performances of Chaminade’s music in general are few and far between.  Chaminade’s music has never been performed at the Proms since her death 78 years ago;  this year’s season continues that appalling trend. The handful of events showcasing her work includes a Callirhoë Suite performance in February this year by the Manhattan School of Music, while Chaminade’s Piano Trio no. 2 receives a performance on 30th October this year in Bamberg, Bavaria, Germany.  The large work Les Amazones — symphonie dramatique for vocal soloists, choir and orchestra, op. 26 is one that appears to have had no modern performances (please let us know if you are aware of one!)

However, publicity for her piano music is increasing. Ukrainian pianist Anna Shelest included Chaminade’s music on several engagements last year and American Joanne Polk consistently champions Chaminade in many of her concerts, in addition to releasing a portrait album The Flatterer. Other albums of Chaminade’s piano music include those of Mark Viner and Peter Jacobs’s three-CD-collection.  Renowned mezzo Anne Sofie von Otter (with Bengt Forsberg, piano) gave a boost to the recognition of Chaminade’s songs with their CD on Deutsche Grammophon.  Then there is Chaminade in action herself on her own recordings.

With this glimpse into the life and work of an incredible composer, I hope you’ll be inspired and encouraged to explore her amazing music – and to program it or ask that it be programmed by ensembles you are involved with or attend. In addition to the recordings mentioned above there are more on Amazon and iTunes to enjoy, and many of her scores are easily accessible on Sheet Music Plus, IMSLP and elsewhere.

The Rise And Fall of Cécile Chaminade: A Hopeless Romantic in a Time of Progress

Concertstück op. 40, Score & Parts to Buy on Sheet Music Plus