A Canadian opera performed and problematized in new film 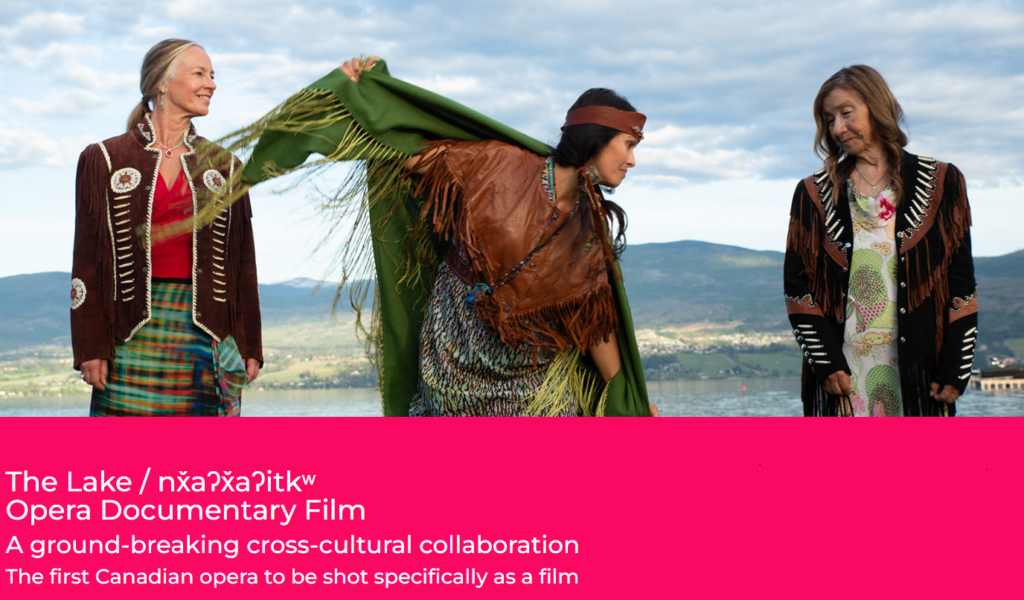 A new film, The Lake / nx̌aʔx̌aʔitkʷ , is being screened in Vancouver, BC on May 5 and 12, as part of the DOXA Film Festival. The film may also be viewed online, but only in Canada! (Those who view online have 11 days to start watching once the material is available).

According to Director John Boulton,

The film acts as a cross-cultural reinterpretation of the original material [including the opera “The Lake” by composer Barbara Pentland and librettist Dorothy Livesay in  a 2014 film version], blending performance and self-reflection at the hands of two talented friends: settler and opera singer Heather Pawsey, and Indigenous teacher Delphine Derickson of Westbank First Nation. Acknowledging the successes and failures inherent in cross-cultural collaboration, the film examines concepts of privilege and representation in real time, with Pawsey and Derickson exploring the settler/Indigenous relationship and the boundaries of art, while also building something new and uniquely beautiful. 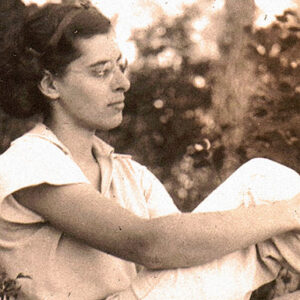 And some backstory about the opera — it was premiered in 2012 (in commemoration of the composer’s centennial birth year), 60 years after it was composed, in a performance led by Astrolabe Musik Theatre’s Pawsey and the Turning Point Ensemble’s Owen Underhill.  2012 was the centennial of Barbara Pentland’s birth.  You can listen to that entire performance (32 min.) here, and read an essay about it.  A short (14 min.) documentary from 2017, about the opera and including scenes filmed at the actual lake and historic farmstead where the story takes place, can be viewed here.  Then director John Bolton was invited by Delphine Derickson and Pawsey to make a full-length film, including and contextualizing the 2014 film of the opera, and that film is now being unveiled and featured.  We will keep you posted about future screenings!